Bias of The Sacramento Bee 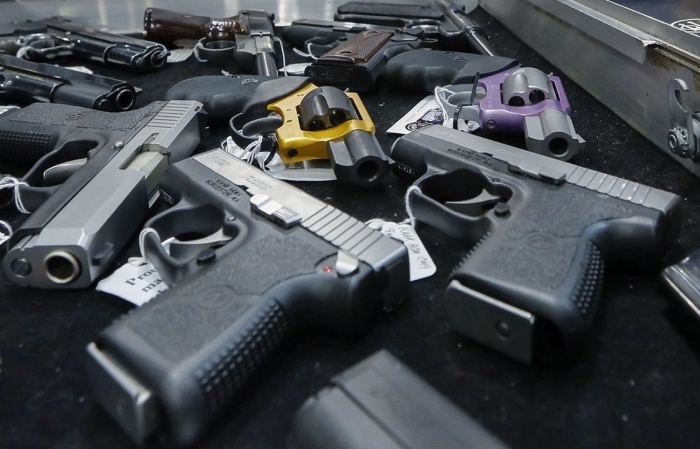 California may have some of the nation’s most restrictive gun control laws, from bans on assault rifle sales to mandatory background checks for ammunition sales, but that isn’t stopping Golden State residents from buying firearms.

A quarter of Californians live in a house with a gun, according to a new survey.

The survey, published by the peer-reviewed medical journal BMJ in the magazine “Injury Prevention,” also says that one in seven Californians, an estimated 4.2 million people, owns a firearm.

PERSPECTIVES BLOG
When Democracy Could Break

After years of denying allegations of lax financial oversight, the National Rifle Association has made a stunning declaration in a new tax filing: Current and...

Kyle Rittenhouse, the teenager who shot and killed two people during a protest in Kenosha, Wisconsin, this summer has been released from jail after posting a $...

Militias challenge gun laws in Virginia: "It's about shooting tyrants in the face"

On a cold winter morning last February, a woman named Samantha assembled her AR-15 semi-automatic rifle in the parking area next to Timbrook Public Library in...

If Joe Biden is elected president, Americans who own certain kinds of guns may owe the federal government some money. One Facebook post, published Oct. 29...

Can people carry guns into polling places? You might be surprised

Growing activity from armed far-right groups and President Trump’s calls for his supporters to watch polling places “very carefully” have raised concerns of...

WASHINGTON, D.C. -- In the absence of a high-profile mass shooting in the U.S. in 2020 and amid the coronavirus pandemic, civil unrest related to racial...

Biden Reminds Americans He Plans to Shred the Second Amendment

Amid the pandemic, violence, rioting, looting, and the “defund the police” movement, gun ownership in America has soared, with some estimates saying there are...

Walmart announced on Friday that it is reversing the decision to remove guns and ammunition from its store shelves ahead of Election Day. The company made...

More Californians Own Guns than Ever Before

According to a new study, Californians have bought guns at a record pace, many for the first time, despite recent gun-store shutdowns. The study, which a...

The Reawakening of the Black Gun-Rights Movement

When Second Amendment activist Brent Holmes started showing up at police brutality protests in Richmond, Virginia, over the summer while carrying an assault...

Gun-rights groups understandably are upset that a Louisiana public school punished a fourth-grade student after a teacher saw a BB gun in the boy's bedroom...