What Happens When Incarcerated People Get a World-Class Education? 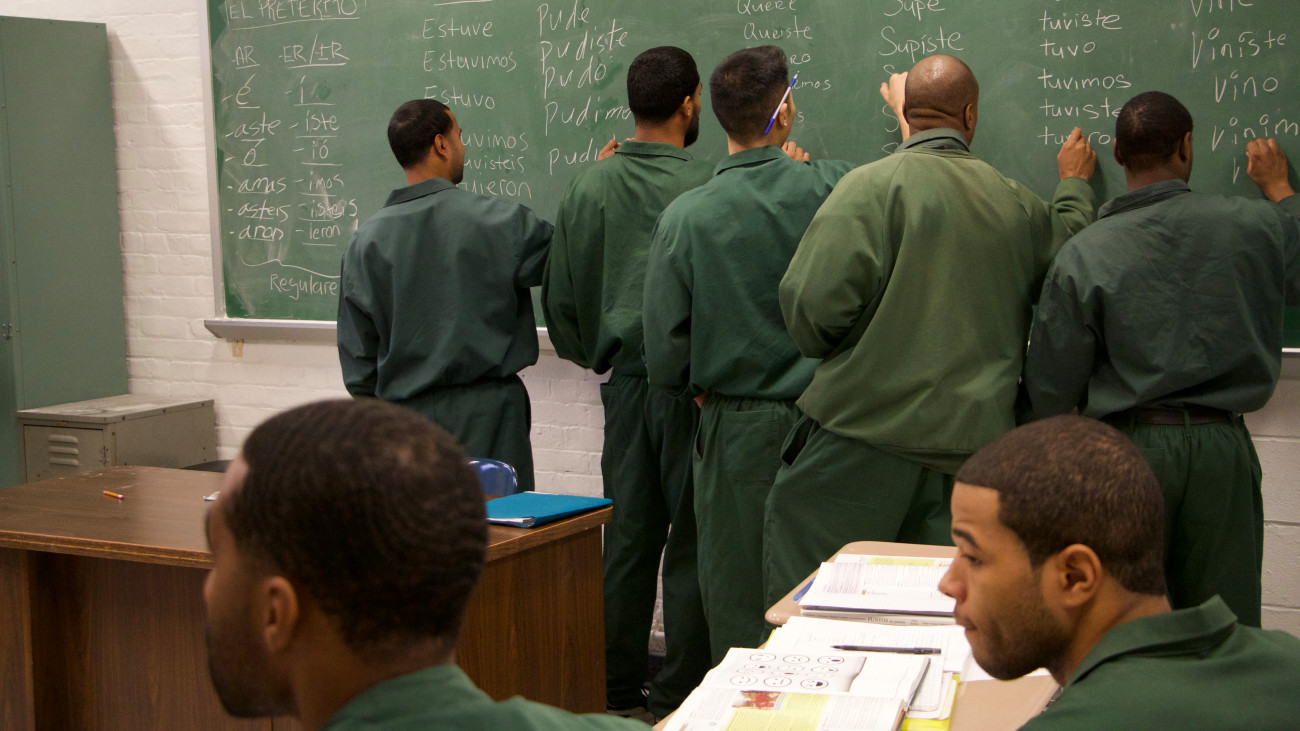 In the fall of 2015, a maximum-security prison in New York invited Harvard’s debate team to compete against a squad of three incarcerated men. The men, all convicted of violent crimes, knew they faced tough odds: Unlike their Harvard opponents, they could not use the internet to study the topic in advance. But the prisoners were declared the winners, and the crowd, including dozens of other incarcerated men in green jumpsuits, burst into applause.

AllSides Media Bias Rating: Left
You agree.
Thank you! Community votes alone don't determine our ratings, but are valuable feedback and can prompt us to do more research.
55672/46449

The silence surrounding the unspeakable horror in a quiet stretch of South Shore Drive speaks volumes about the city’s tattered safety net. I know this net...

West Virginia Gov. Jim Justice said Monday he has approved the recommendations from a report calling for the firing of all correctional officer cadets who...

Massachusetts has a blueprint for what's next in criminal justice reform

"I think that we are in a moment now where there is bipartisan support for criminal justice reform, where policymakers really understand that mass...

(CNN)Saudi Arabia has sentenced five people to death for the murder of journalist Jamal Khashoggi but cleared a former top adviser to Crown Prince Mohammed bin...

It’s come as a surprise to many: Racial disparities in the criminal justice system have declined dramatically since the start of the millennium. At times,...

The Federal Bureau of Investigation arrested three men allegedly linked to a violent white-supremacist group who had discussed traveling to a pro-gun rally...

West Virginia Gov. Jim Justice announced Monday he has approved recommendations to fire all of the correctional officer cadets who participated in an apparent...

How Some Sheriffs Force Their Inmates Into Medical Debt

In Baldwin County, known for its white-sand Gulf Coast beaches and waterfront communities, the sheriff’s office ensures that inmates in the county jail do not...

All 34 cadets from the West Virginia Division of Corrections and Rehabilitation who posed in a class photo raising their hands in a Nazi salute will reportedly...

Five people have been sentenced to death in the killing of journalist Jamal Khashoggi, but the two most senior officials implicated in the murder were cleared...

Paul Manafort's state charges in New York were thrown out by a judge on Wednesday in a dramatic court victory for the former Trump campaign chairman. He won...

Former Kentucky Gov. Matt Bevin pardoned 428 people -- including some violent offenders -- between Election Day last month and the end of his term Tuesday, the...