Nadler boils down impeachment case: 'No president should put himself before the country' 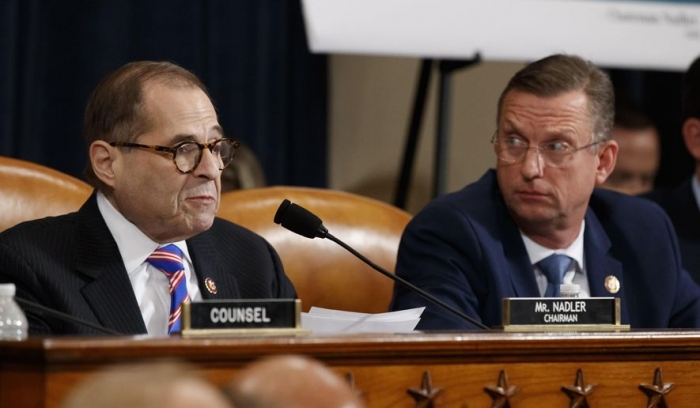 House Judiciary Committee Chairman Jerrold L. Nadler on Monday put a fine point on Democrats’ impeachment case against President Trump, arguing that the president put himself before the country.

“We surely agree that no public official, including and especially the president of the United States, should use his public office for private gain,” he said at the opening of an evidentiary hearing before his committee.

Based on the evidence presented, the committee will proceed to write articles of impeachment against Mr. Trump.

Go ad-free! Support AllSides.
About these ads
More news about US House
https://www.washingtontimes.com/news/2019/dec/9/jerrold-nadler-boils-down-impeachment-case-against/

House Speaker Nancy Pelosi, D-Calif., and 174 other Democrats in the chamber signed a letter sent Wednesday to the new Postmaster General demanding the agency...

The U.S. Postal Service is well prepared and has ample capacity to deliver America’s election mail for the upcoming general election in November. On any...