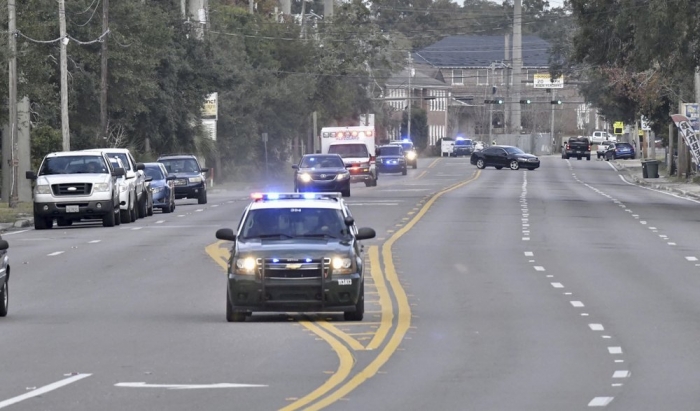 PENSACOLA, Fla. (AP) — A U.S. official has identified the shooter at the Naval Air Station in Pensacola as a Saudi Arabian aviation student. Authorities are investigating if the shooting was terrorism-related. The shooting was the second at a U.S. Navy base this week. Escambia County Sheriff David Morgan says 11 people were shot in Friday’s attack, four of whom died, including the shooter. Base commander Capt. Timothy Kinsella Jr. says the base will remain closed until further notice.

Former President Jimmy Carter is recovering at a Georgia hospital after undergoing surgery Tuesday morning to relieve pressure on his brain. The Carter...