More than 600 Pakistani girls 'sold as brides' to China 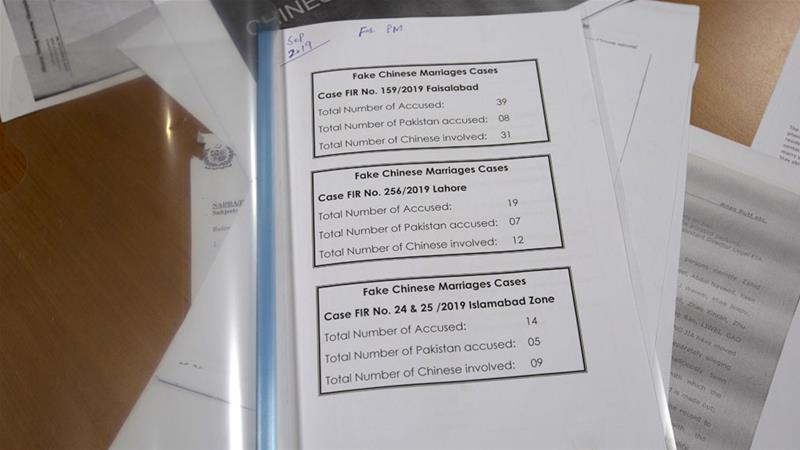 More than 600 poor Pakistani girls and women were sold as brides to Chinese men over a period of nearly two years, according to investigations by authorities in the South Asian nation of 200 million people.

A list of 629 girls and women, obtained by The Associated Press, was compiled by Pakistani investigators determined to break up trafficking networks exploiting the country's poor and vulnerable.

AllSides Media Bias Rating: Lean Left
You disagree.
Thank you! Community votes alone don't determine our ratings, but are valuable feedback and can prompt us to do more research.
55574/46392

The Erasure of Political History at the National Archives
ANALYSIS

Last month, a photographer named Ellen Shub died, near Boston, at the age of seventy-three. I had got to know Shub in the nineteen-eighties, when I worked for...

The Democratic-led legislature voted to become the 38th and final state needed to ratify the Equal Rights Amendment. But a court battle is already under way...

When Greta Thunberg was chosen as Time’s Person of the Year earlier this month, the accolades quickly rolled in. The hashtag #CongratulationsGreta went...

Former President Barack Obama said he’s confident that if the world was run by women, we’d all see “significant improvement across the board on just about...

The National Archives, which contains some of the country's founding documents like the Declaration of Independence and the Constitution, apologized for...

Both chambers of the Virginia state legislature passed the Equal Rights Amendment (ERA) Wednesday, becoming the 38th state to pass the resolution. The...

Britain put up a statue of its first female MP. You’ll definitely believe what happened next.
ANALYSIS

LATE LAST MONTH, IN THE MIDST of divisive national elections in Britain, officials from across the political spectrum took a private train to Plymouth, in...

The Year In Review: How Women In Media Embraced Their Power In 2019

When Regina King took the stage at the 2019 Golden Globes in January to accept her award for Best Supporting Actress, the actress had much more to say than...

The Women Changing Presidential Campaigns From the Inside

The National Archives on Saturday apologized for blurring out signs in a photograph of the 2017 Women’s March in Washington, D.C., showcased at the museum --...

Sanders told Warren in 2018 that a woman couldn't win: report

Sen. Bernard Sanders of Vermont reportedly told Sen. Elizabeth Warren of Massachusetts in a 2018 conversation he didn’t think a woman could win the presidency...

A new lawsuit is challenging a California law that requires corporations to elect a minimum number of women to their boards of directors. On Wednesday, the...

The Left Is Ruining Feminism
OPINION

The past few years have often felt like an unending stand-up comedy routine. From the ’50s. “Women are so dumb,” the comic begins, “that we need to create a...