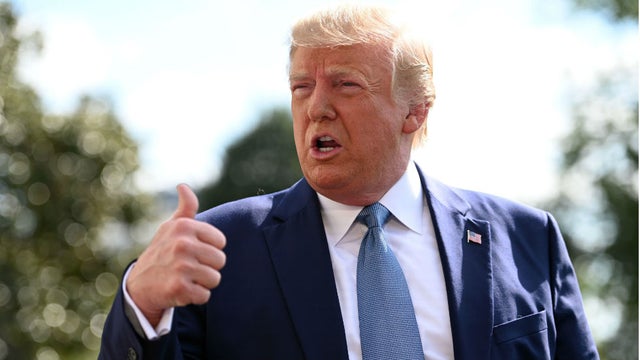 The House Judiciary Committee will hold a hearing on Monday morning to receive presentations of evidence from investigators as it moves forward with crafting articles of impeachment against President Trump.

The Thursday announcement came hours after Speaker Nancy Pelosi (D-Calif.) formally announced that the House is drafting articles of impeachment.

It also comes after the House Judiciary Committee held a hearing with constitutional experts to discuss whether Trump's efforts to pressure the Ukrainian government to investigate his political opponents amounted to impeachable offenses.

Monday's hearing, which will start at...

NEWS
Nancy Pelosi’s refusal (so far) to send the articles of impeachment to the Senate, explained
Vox

More news about US House
https://thehill.com/homenews/house/473177-house-sets-up-monday-hearing-to-here-evidence-on-trump-impeachment

Expressing concerns about a potentially unfair trial, the House speaker would not commit to a timeline for sending the articles of impeachment to the Senate...

After House Impeaches Trump, Timing of Next Steps Is Unclear

Pelosi weighs delaying delivery of articles of impeachment to Senate until Republicans set trial rules she considers fair. The morning after the House voted...

Before the holidays, if you remember, the House of Representatives voted to impeach the president on abuse of power and obstruction of Congress. The vote came...

The House Judiciary Committee told a federal appeals court Monday that it still wants former White House counsel Don McGahn to testify as it could potentially...

The Democrats' partisan impeachment push is getting even more interesting. It was revealed on Monday that House Democrats are considering adding additional...