How impeachment works and why Trump is unlikely to be removed 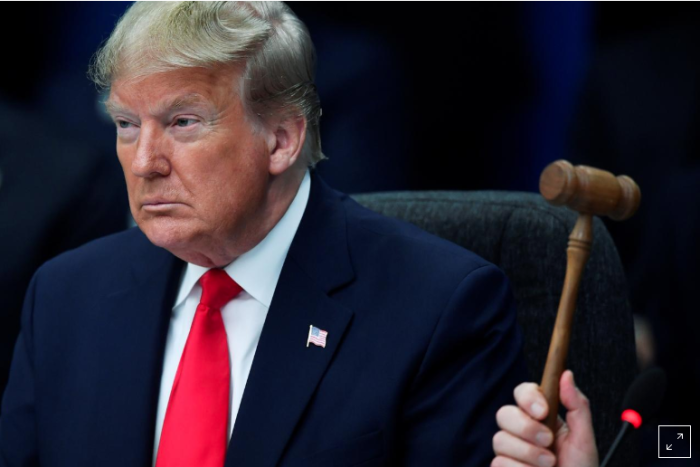 House of Representatives Speaker Nancy Pelosi on Thursday instructed the House Judiciary Committee to draft articles of impeachment against President Donald Trump for pressuring Ukraine to investigate a political rival.

What happens next and why Trump is unlikely to be removed from office are both explained here.

The founders of the United States feared presidents abusing their powers, so they included in the Constitution a process for removing one from office.

The president, under the Constitution, can be removed from office for “Treason, Bribery, or other high Crimes and Misdemeanors.”...

WHY THIS QUESTION MATTERS: Since the killings of George Floyd and Ahmaud Arbery, high racial tensions have driven enfranchisement efforts for minorities...

Top infectious disease expert Dr. Anthony Fauci batted away criticism from President Donald Trump and his allies and made it clear he did not think he would be...

Will his blunt self-aggrandizement reinvigorate concerns about presidents who exceed their powers? After Donald Trump floated the idea of delaying the...

GOP rep. introduces resolution demanding the Democratic Party change its name or be barred from the...

Rep. Louie Gohmert (R-Texas) introduced a House resolution Thursday demanding that the Democratic Party change its name or be "barred from participation in the...

Trump Gets Endorsement From Union That Backed Obama/Biden Twice

With police under increasing attack on the streets, in the media, and by many Democratic politicians, the National Association of Police Organizations threw...

Monday Was A Big Day For Democrats, But You Probably Missed It
ANALYSIS

Monday was the first day of the Democratic National Convention. You might be forgiven for not knowing that, as the news was nowhere. Not in the papers, not on...