'No choice but to act': House Speaker Pelosi asks chairmen to pursue articles of impeachment against President Trump 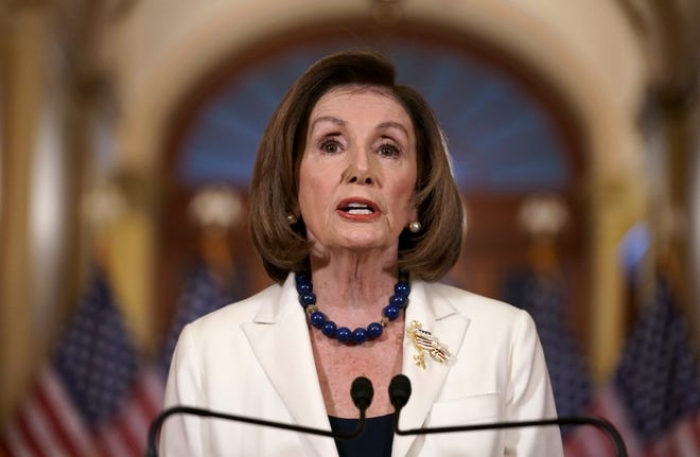 House Speaker Nancy Pelosi said Thursday that Congress had to act in the impeachment inquiry of President Donald Trump because of his failure to faithfully execute the law, a phrase that echoed the reasoning for the Declaration of Independence from England.

“The president abused his power for his own personal political benefit," said Pelosi, D-Calif. "The president's actions have seriously violated the Constitution."

"Today I am asking our chairmen to proceed with articles of impeachment," she added.

Meanwhile, Trump invited House Democrats to impeach him quickly so that he could...

Go ad-free! Support AllSides.
About these ads
More news about US House
https://www.usatoday.com/story/news/politics/2019/12/05/pelosi-asks-chairmen-pursue-articles-impeachment-against-trump/2617351001/