In Hong Kong, It's US vs. China 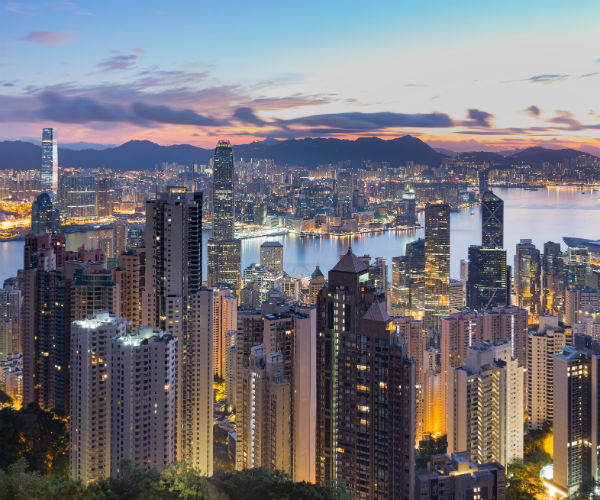 At first glance, it would appear that five months of pro-democracy protests in Hong Kong had produced a stunning triumph.

By September, the proposal of city leader Carrie Lam that ignited the proteststo allow criminal suspects to be extradited to China for trial — had been withdrawn.

And though the protesters' demands escalated along with their tactics, from marches to mass civil disobedience, Molotov cocktails, riots and attacks on police, Chinese troops remained confined to their barracks.

Beijing wanted no reenactment of Tiananmen Square, the midnight massacre in the heart...

AllSides Media Bias Rating: Right
You agree.
Thank you! Community votes alone don't determine our ratings, but are valuable feedback and can prompt us to do more research.
74352/62888

A statistician who was working in Massachusetts for Biogen Inc.,the sponsor of the now infamous Boston meeting at the epicenter of the state’s COVID-19...

In this November’s election, China will be front and center for two reasons. First, in 2016, Trump centered his promise to rebalance trade and rebuild...

The trade war with China is over; long live the trade war. That is the message from Donald Trump as the US president promotes a pact with Beijing that has both...

WASHINGTON — In a rare show of bipartisan unity, Republicans and Democrats are planning to try to force President Trump to take a more active stand on human...

Pro-democracy candidates achieved a staggering victory in Hong Kong’s local elections on Sunday — a peaceful but pointed rebuke of pro-Beijing leadership after...

“China has concealed the extent of the coronavirus outbreak in its country, under-reporting both total cases and deaths it’s suffered from the disease, the U.S...

This Abridge News topic aggregates four unique arguments on different sides of the debate. Here are the quick facts to get you started: THE QUICK FACTS With...

SHANGHAI/BEIJING (Reuters) - China reported a record rise in imported coronavirus cases on Friday as expatriates returned home from the United States and...

Two weeks after the U.S. told a handful of Chinese state media entities to slash their U.S.-based staff, Beijing has retaliated with an order of its own:...

The Trump administration on Monday said it is imposing a cap on “the number of Chinese citizens permitted to work” for China’s major state-run media companies...

China promised it would not restrict exports of medical supplies hours after the New York Post reported that the Trump administration was weighing legal action...

As the number of confirmed cases of COVID-19 rises quickly in the United States and in many other countries around the world, the official number of new cases...

Holding China accountable for the Wuhan coronavirus, which the communist regime recklessly allowed to spread, has grown to be a partisan divide on Capitol Hill...

Chinese officials are not violating Twitter policies when they peddle in disinformation and conspiracy theories surrounding the coronavirus pandemic, a company...

Communist China has allowed wild animal markets to offer live bats, raccoons, civets and other species, and a series of studies shows the animals are teeming...