NATO, Donald Trump, Emmanuel Macron, National Security
Save for Later
Add to My Front Page
From The Center 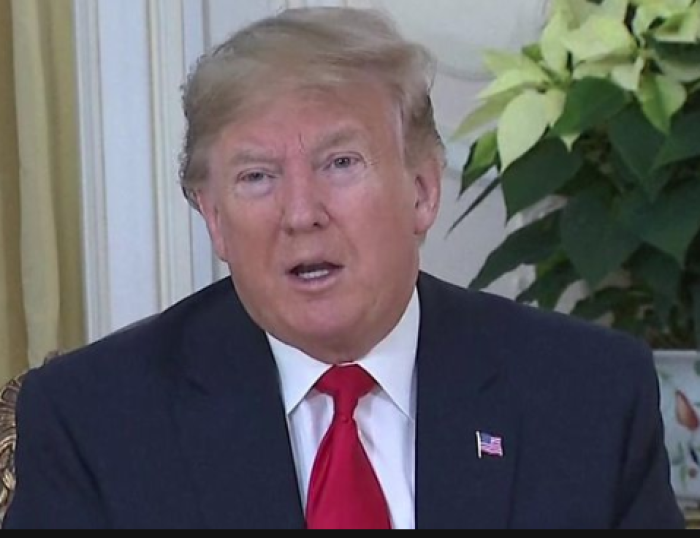 US President Donald Trump has accused his French counterpart Emmanuel Macron of being "nasty" for saying Nato was "brain dead".

Mr Trump is in London for a summit marking the Western military alliance's 70th anniversary.

He also said he could see France "breaking off" from Nato, but did not explain why.

Nato - the North Atlantic Treaty Organisation - was founded after World War Two to counter the threat of Soviet expansion. The 29...

President Biden signed an executive order Wednesday aimed at shoring up the federal government’s digital defenses as his administration grapples with...

John Kerry, a former secretary of state, said on Monday that he had never discussed covert Israeli airstrikes in Syria with Iran’s foreign minister, Mohammad...

Climate Change Will Force Us to Rethink Migration and Asylum
ANALYSIS

As climate change accelerates, it will become increasingly untenable to reduce US immigration and asylum policy to a question of border security. More than...

President Biden signed an executive order Wednesday boosting America's cyber defenses following a ransomware attack on a company that operates a pipeline that...

The Biden administration is increasingly looking to avoid accidental escalation with China, a senior defense official said, by cooperating on channels to...

Kerry faces calls to step down over leaked Iran tapes

John Kerry, the U.S. special envoy for climate change, is facing calls for his resignation from Republican lawmakers and pundits for reportedly discussing...

Western and Iranian officials kicked off talks on Tuesday on reviving the embattled 2015 nuclear accord, negotiations that will face the challenge of bitter...

When American and Iranian officials resume talks in Vienna on reviving the 2015 international nuclear deal, the people driving the diplomacy are a familiar...

President Biden on Wednesday signed an executive order intended to improve US cybersecurity after the hack of the Colonial Pipeline caused massive disruption...

Sen. Josh Hawley (R., Mo.) introduced a bill Wednesday aimed at reducing Chinese control over technology used by the Department of Defense and its contractors...

Calls Growing for Investigation Into Kerry Over Iran Accusation

Calls are growing for President Joe Biden's climate czar John Kerry to be investigated and to resign over accusations that he told Iran about Israeli military...

President Trump in 2019 sought to open a back channel of communication with top Iranian officials and saw the U.N. General Assembly meeting in September as a...