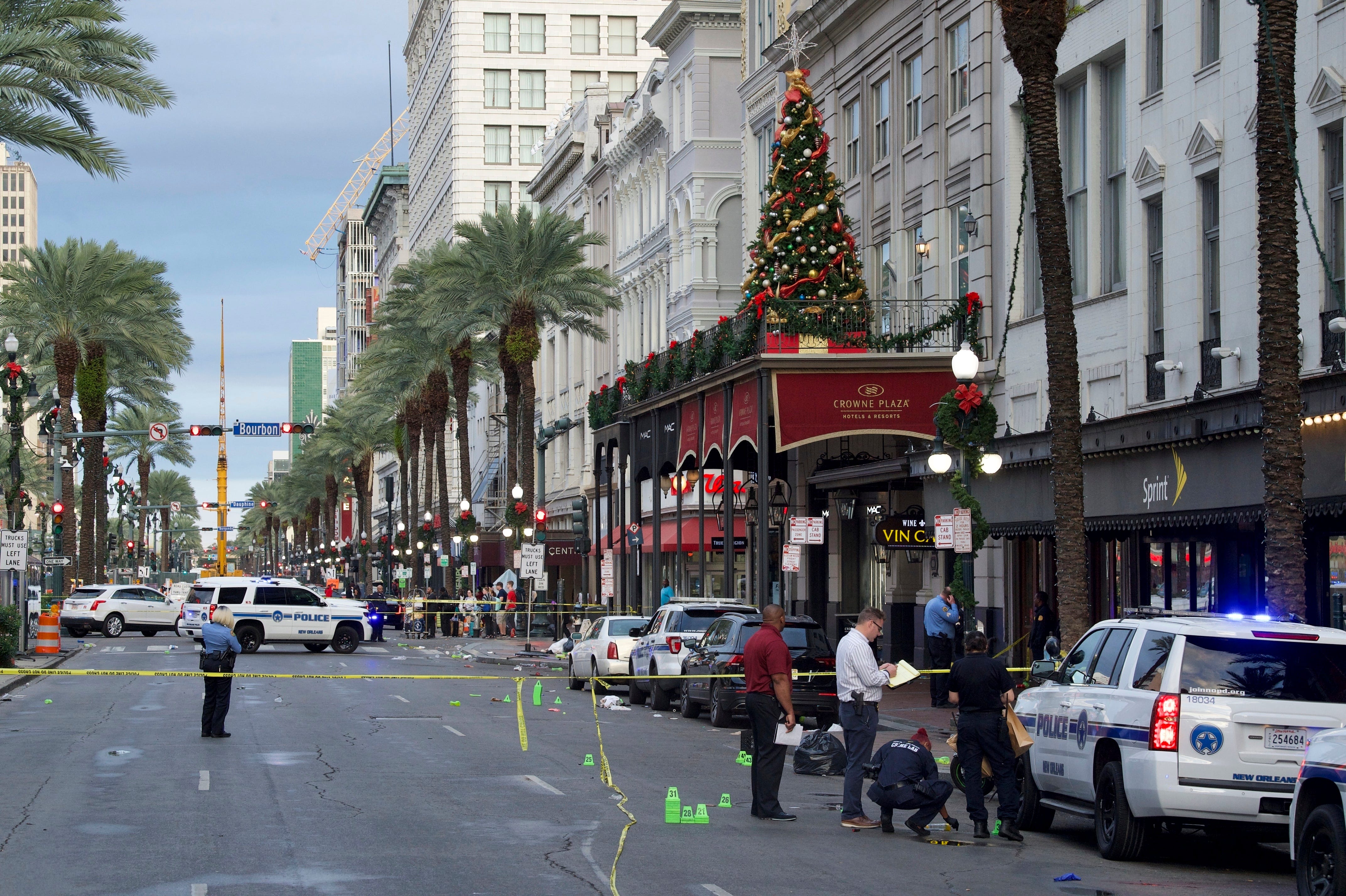 A shooting rampage near the famed French Quarter of New Orleans early Sunday left 10 people wounded, revelers from an annual football game scrambling for cover and police in pursuit of at least one "cowardly" gunman.

New Orleans Police Department Superintendent Shaun Ferguson said the shooting erupted on Canal Street near Bourbon Street, an area crowded with tourists and police officers – even at 3:20 a.m. Two of the injured were hospitalized in critical condition. No officers were among the wounded, he said.