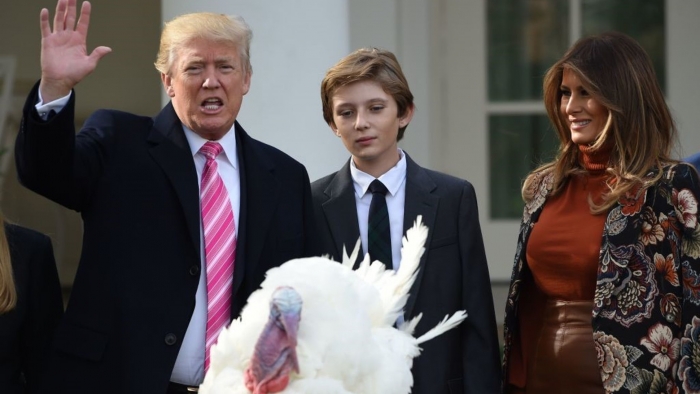 President Trump pledged to protect Thanksgiving from the “radical left,” some of whom, he charged, want to change the name of the annual holiday.

“You know some people want to change the name Thanksgiving, they don’t want to use the term ‘Thanksgiving,'” the president told supporters in Sunrise, Florida, on Tuesday.

Trump said he wouldn’t allow the “radical left” to change the name, saying he rejects those who want to target the secular holiday the same way they have hit Christmas, which celebrates the birth of Jesus Christ.

Read full story
Some content from this outlet may be limited or behind a paywall.
Holidays, Thanksgiving, Donald Trump, PC Culture, General News