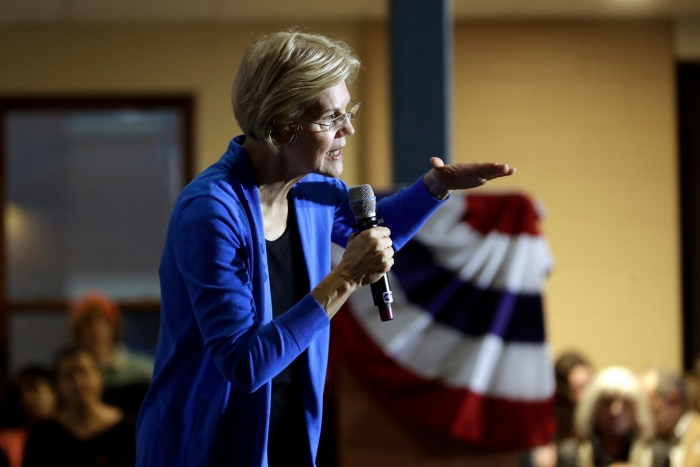 WASHINGTON ― Sen. Elizabeth Warren (D-Mass.) introduced legislation on Wednesday that would rescind 20 Medals of Honor awarded to U.S. soldiers who slaughtered hundreds of Lakota Indians — mostly women and children ― in the Wounded Knee Massacre of 1890.

Her bill, the Remove the Stain Act, is the Senate version of a bill introduced in the House in June by Democratic Reps. Denny Heck (Wash.), Paul Cook (Calif.) and Deb Haaland (N.M.), one of two Native American women in Congress.

In Response to the Uvalde Massacre, Politicians Reiterate Their Demands for Irrelevant Gun Control Laws
Reason

'Stand up to the gun lobby,' Biden urges Americans after Texas massacre
Reuters