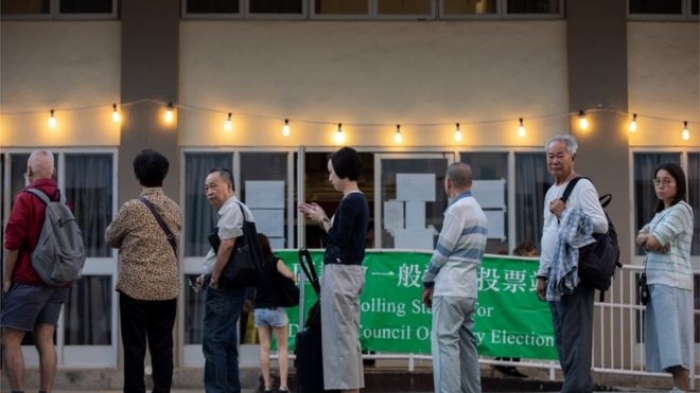 Voters have turned out in record numbers to cast their ballots in Hong Kong's district council elections.

By lunchtime, the number of voters had already surpassed the final total in the 2015 elections.

The election is seen as a test of support for embattled Chief Executive Carrie Lam.

Pro-democracy protest groups hope the vote will send a message to the Chinese government after five months of unrest and anti-government protests.

Lebanese President Michel Aoun has accepted the resignation of the country's government and asked it to stay on in a caretaker capacity until a new cabinet is...

Brazil’s Jair Bolsonaro, who refused to wear a mask because they’re ‘gay’, has tested positive for...

The far-right leader tested positive for the virus on Wednesday (July 22) – some two weeks after his first test of the illness. An almost symbolic occurrence...

Many Indians are tweeting support Wednesday for Kamala Harris, celebrating their connection to the new presumptive Democratic nominee for vice president, whose...

People in Beirut have attended a vigil for the more than 200 victims of the huge explosion that devastated the Lebanese capital a week ago. A crowd stood in...

The European Union is — maybe — on the verge of its much-discussed “Hamilton moment.” A sweeping Franco-German proposal for a $2 trillion EU coronavirus-...