Joe Biden, Presidential Elections, Election 2020, Guns, US Congress, Gun Control and Gun Rights
Save for Later
Add to My Front Page
From The Center 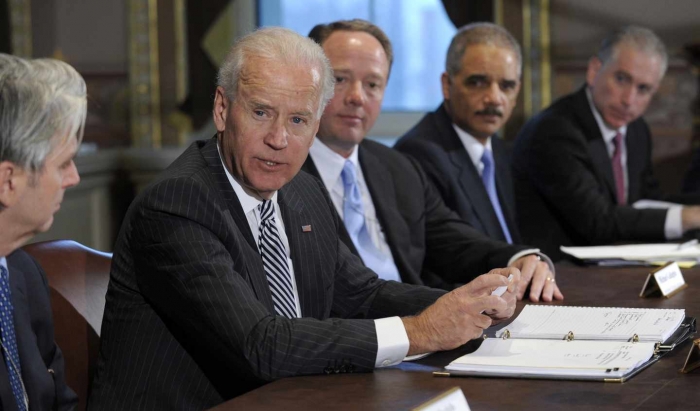 The new senator needed to hire staff to work in his new office, and after an interview with a then-young Joe Biden, the Delaware Morning News reported that the ideal job applicant would be one who shared his opposition “to such liberal shibboleths as gun control.”

In 1973, Biden described himself as “really liberal to moderate,” and the newly minted lawmaker destined to become vice president decades later would even say during that same interview that he was a “social conservative.” His early time in the Senate shows as much.

Lara Trump appeared on Fox News late Saturday and stoked fears about immigrants crossing the southern border before urging residents there to “arm up and get...

State legislators across the country are working to weaken the enforcement of federal gun laws by emulating immigration activists. As President Joe Biden...