‘I’m a weird one’: Tulsi Gabbard draws unusual mix of fans on the road 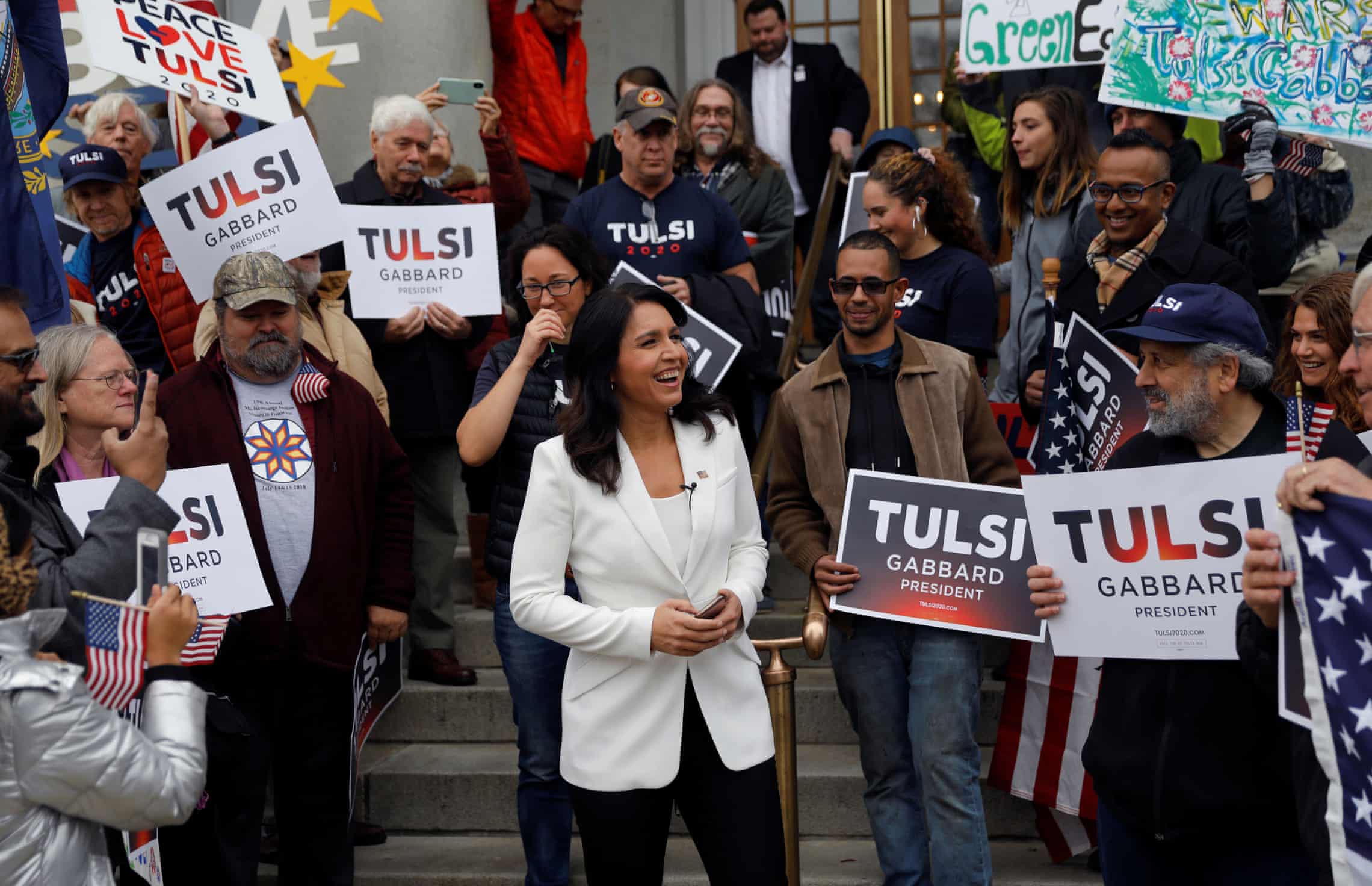 Tulsi Gabbard arrived late for her own campaign event at the Salt Hill Pub in Lebanon, New Hampshire. It meant she had to weave her way through the crowd of 200 people – her biggest audience yet in the state.

It gave Gabbard an opportunity to see the eclectic mix of supporters her curious 2020 presidential campaign has managed to assemble: a mostly male grab-bag of veterans, anti-war activists, ex-Bernie Sanders supporters, ex-Jill Stein votersand at least one Donald Trump fan.

Rate Bias
Elections
Sanders Campaign Organizer: Free Education, Gulags Needed To "Re-Educate" You To Not Be A...

A campaign organizer for Democratic presidential candidate Bernie Sanders warned about mass violence and advocated for the use of gulags for "re-education" in...