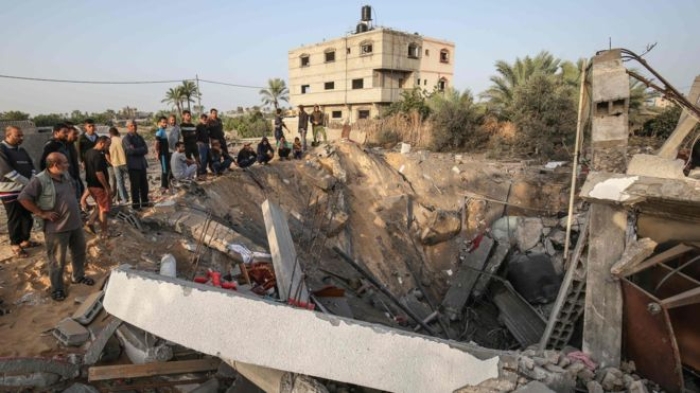 Cross-border violence between Israel and militants in Gaza is continuing, a day after an Israeli air strike killed a Palestinian Islamic Jihad commander.

Gaza's health ministry said 13 Palestinians had been killed by Israeli fire on Wednesday, bringing the death toll there to 23 since Tuesday.

In Israel, almost 50 people have been treated for injuries or anxiety.

Egyptian and UN officials have been attempting to de-escalate the situation, but PIJ has said it is...

Sometimes, it seems as if fate is trying to prove its unlimited capacity for cruelty. When the skies over Beirut exploded on Tuesday, sending shockwaves felt...

MOSCOW (Reuters) - The chemicals that went up in flames in Beirut’s deadliest peace-time explosion arrived in the Lebanese capital seven years ago on a leaky...

Beirut has been ravaged by a massive explosion, likely caused by careless handling of ammonium nitrate stored in a warehouse at its port. As the city is still...

Was the Beirut Explosion a ‘Bombing’ or an ‘Attack’? Or Just an Accident?
FACT CHECK

At a press conference Tuesday night, President Trump referred to an explosion in Beirut as a “terrible attack.” Trump said his basis for this belief was that...