What is the endgame for Disney+? 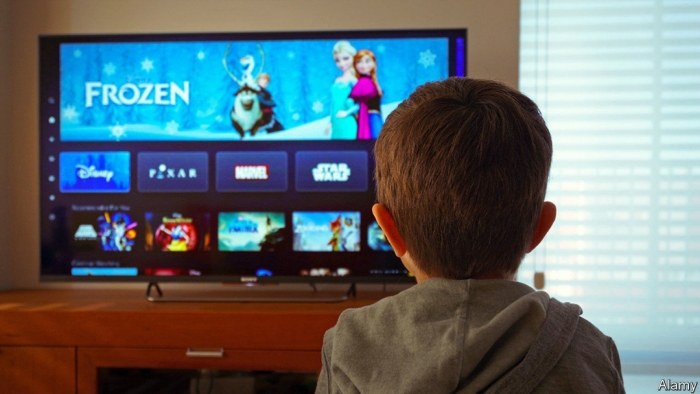 DISNEY DID not need to launch a digital-video service to remain one of the most profitable media firms on earth. In a busy marketplace for subscription video-on-demand (or SVOD), top content licences are at a premium—and no content is more valuable than Disney’s. In 2019 the company is probably going to be behind each of the eight highest-grossing films of the year. The previous record for such dominance, set in 2016, saw one studio claim the top five spots. Again, that studio was the so-called “House of Mouse”.

NEWS
TikTok - To Buy or Not to Buy?
Abridge News

NEWS
The Technology Revolution: Road to Freedom or Road to Serfdom?
The Heritage Foundation

TikTok Could Have Been China’s Nintendo
ANALYSIS

Two events occurred in New York City in the fall of 1985 that would profoundly transform the relationship between the United States and Japan. In September,...

Democrats and Republicans in Congress came out swinging against Amazon, Apple, Facebook and Google on Wednesday, needling the tech giants’ top executives over...

TikTok - To Buy or Not to Buy?

This Abridge News topic aggregates four unique arguments on different sides of the debate. Here are the quick facts to get you started: THE QUICK FACTS Tik...

Sue, Randall, Colin and Bobby are four of the most reliable workers at the FedEx Express FDX 6.55% World Hub in Memphis, Tenn., according to their supervisors...

Microsoft plans to finish its acquisition talks with TikTok within the next three weeks, ahead of the Sept. 15 deadline, CNBC’s David Faber reported Wednesday...

President Trump said he was ready to approve a purchase of the U.S. operations of the Chinese video-sharing app TikTok, but only if the government receives “a...

The top executives of four major tech companies—Amazon, Apple, Facebook, and Google—were hauled before Congress on Wednesday; each accused of being an online...