Behind Trump’s Dealings With Turkey: Sons-in-Law Married to Power 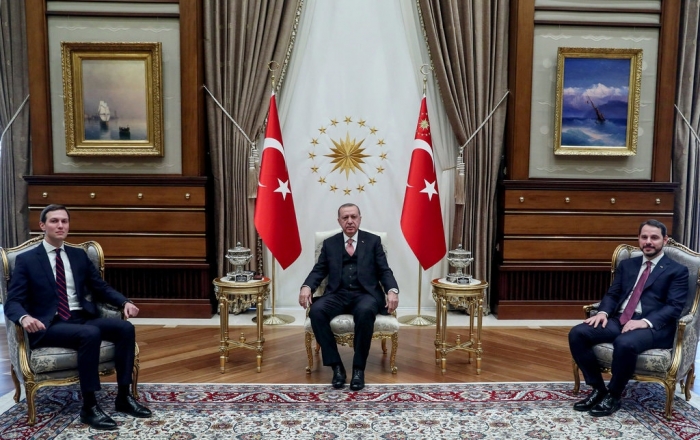 Informal relationships between family members help explain the course of diplomacy between the White House and Turkey’s leader.

Behind President Trump’s accommodating attitude toward Turkey is an unusual back channel: a trio of sons-in-law who married into power and now play key roles in connecting Ankara with Washington.

One, Turkey’s finance minister, is the son-in-law of its strongman president and oversees his country’s relationship with the United States.

Another is the son-in-law of a Turkish tycoon and became a business partner to the Trump Organization. Now he advocates for Turkey...