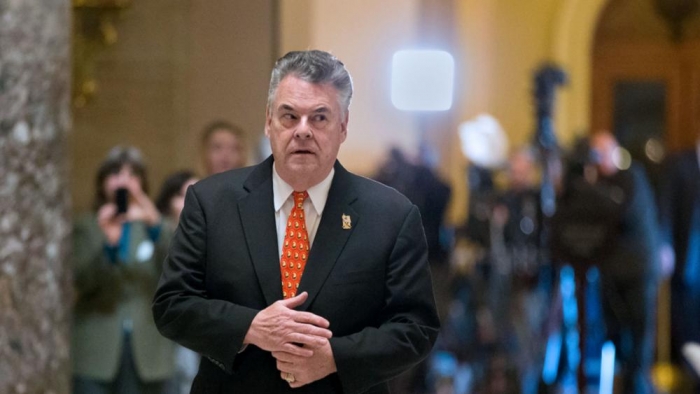 WASHINGTON (AP) - Rep. Peter King, a moderate Republican who has represented a Long Island congressional district for nearly 30 years, announced Monday he won't seek reelection, presenting Democrats with a fresh suburban target as they defend their majority in 2020.

The decision comes days after voters flocked to Democratic candidates in state elections in Kentucky and Virginia, underscoring Republican vulnerability in a suburban revolt against President Donald Trump.

Go ad-free! Support AllSides.
About these ads
More news about US Congress
https://www1.cbn.com/cbnnews/politics/2019/november/gop-rep-peter-king-retiring-giving-dems-new-2020-target