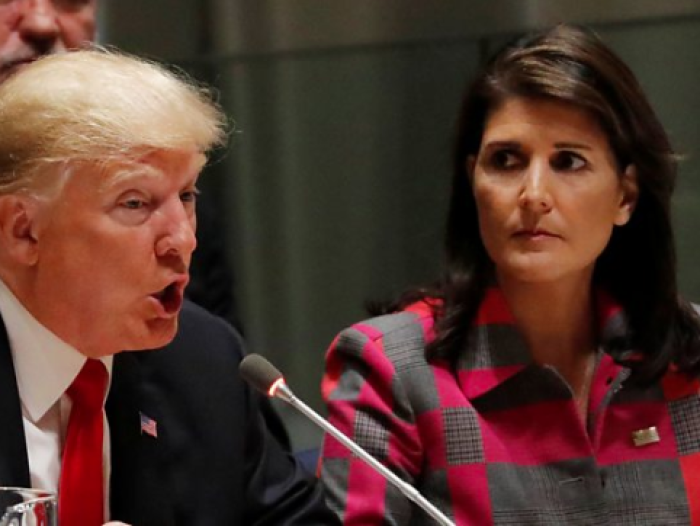 In a new book, Ms Haley says then-Chief of Staff John Kelly and then-Secretary of State Rex Tillerson told her to resist some of Mr Trump's demands.

They reportedly told her they were "trying to save the country".

There was no immediate comment from Mr Tillerson. Mr Kelly said he had wanted the president to be fully informed.

"If by 'resistance' and 'stalling' she means putting a staff...