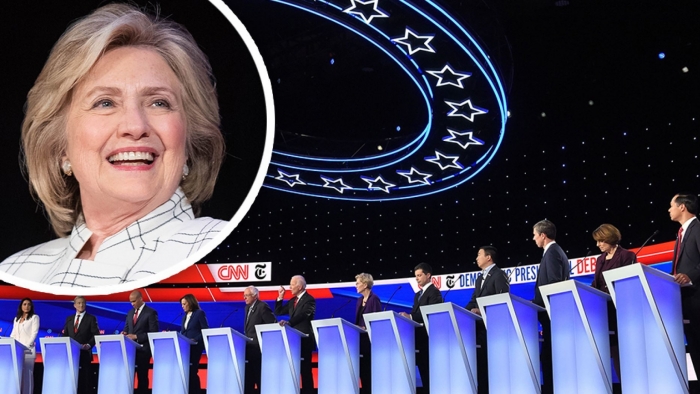 Former Secretary of State Hillary Clinton on Wednesday expressed caution toward progressive policies some of the 2020 Democrats are championing including "Medicare-for-all" and a wealth tax, the latter of which she warned would be "incredibly disruptive."

Appearing at The New York Times DealBook Conference, the 2016 presidential candidate was asked to weigh in on Sen. Elizabeth Warren's "Medicare-for-all" plan in comparison to adding a "public option," a proposed aspect of ObamaCare that later was dropped.

"I think the debate within the Democratic Party is a very healthy debate to try to figure out how to achieve the goal of covering everybody with quality, affordable health care," Clinton began. "My view on this, having been working on it for many years now, is that the Affordable Care Act took us to 90 percent of coverage, the highest we have ever gotten in our country after many, many efforts... we have a 10-percent gap to fill and we have a lot of learning to do about the best way not only to fill the gap but then to drive down costs as much as it's possible to do so without undermining quality advancements."

More News about Democratic Party from the Left, Center and Right