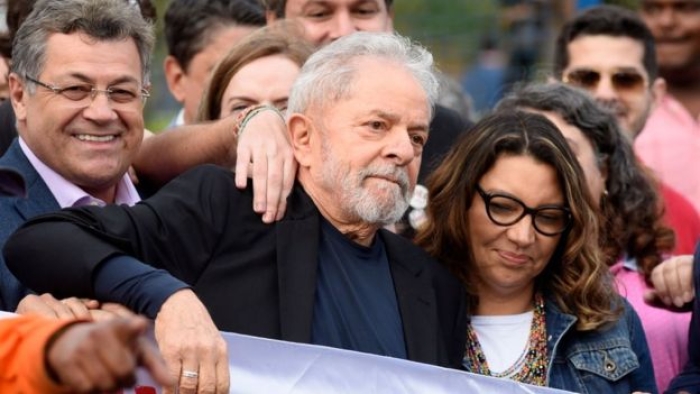 The left-wing former leader, known as Lula, was greeted with rapturous applause from crowds of supporters as he walked out of the jail on Friday.

He was held in a prison in the city of Curitiba on corruption charges.

A judge ordered his release after a Supreme Court ruling that defendants should only be imprisoned if they have exhausted their appeal options.