The Democratic freak-out over Warren has begun 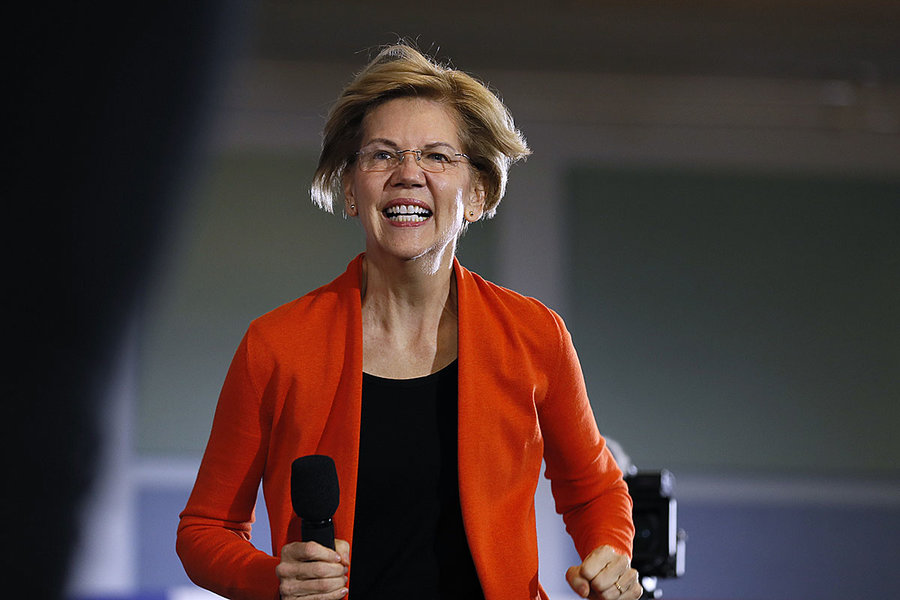 Concern about the Massachusetts senator's ability to win in key battleground states is generating new attacks from the Democratic establishment.

The Stop Warren effort has begun.

This week, The New York Times released a slew of polling that showed President Donald Trump running neck-and-neck with his top Democratic competitors in the states that will likely decide the election.

Most matchups were within the margin of error. Yet the difference between the Democratic candidates was hard to ignore. Former Vice President Joe Biden was slightly ahead or tied...

Go ad-free!   About these ads
More news about Elections
https://www.csmonitor.com/USA/Politics/Politics-Watch/2019/1107/The-Democratic-freak-out-over-Warren-has-begun