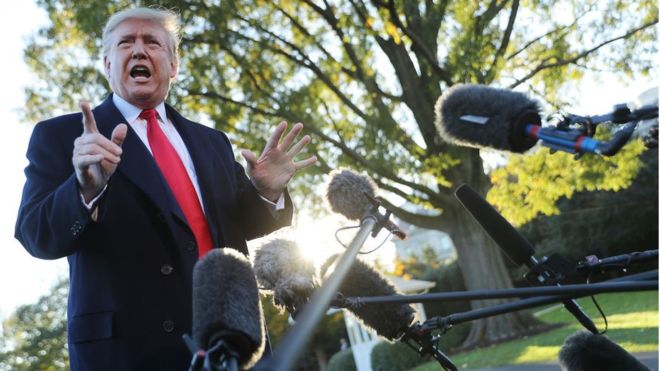 A lawyer for a whistleblower who triggered the impeachment inquiry into President Donald Trump has sent a cease and desist letter to the White House.

In the letter, Andrew Bakaj writes that Mr Trump's "rhetoric and activity" places his client and family "in physical danger".

Since the whistleblower report was released, Mr Trump has continuously attacked the unnamed official.

The official's identity has so far been fiercely guarded by Democrats.

The individual filed a whistleblower report in August expressing concern over a call a month earlier between Mr Trump and...