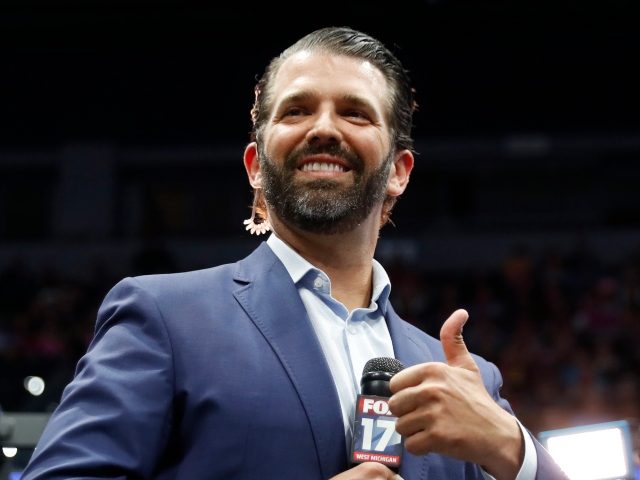 Donald Trump Jr. reminded the co-hosts of The View on Thursday of some of their regrettable actions of the past, including Whoopi Goldberg’s defense of convicted child rapist Roman Polanski.

Donald Trump Jr. and Kimberly Guilfoyle’s Thursday appearance on The View was met with contention, with Goldberg finding herself utterly unwilling to say the name “Trump” while introducing the pair.

WASHINGTON — Almost from the moment that Speaker Nancy Pelosi and her lieutenants decided this fall to pursue the impeachment of President Trump, they made a...

Joe biden has fond memories of negotiating with James Eastland, the senator from Mississippi who once declared, “I am of the opinion that we should have...

The ongoing turmoil in U.S. politics is part of a larger political crisis that is shattering old alignments of left and right in North America and Western...

How political tribalism is leading to more political hypocrisy

Hypocrisy in politics is a time-honored tradition. Republicans slam Democrats for doing and saying the very things they once did and said, and vice versa....

“They voted for Trump, so obviously we can’t talk about anything.” “There’s no use reasoning with them; they’re left-wing nuts.” “Why can’t they see that...

Rate Bias
Polarization
What Unites Republicans May Be Changing. Same With Democrats.
ANALYSIS

In a book released on the eve of the 2016 election called “Asymmetric Politics,” political scientists Matthew Grossmann and David Hopkins argued that America’s...

Partisanship and democracy's other ills holding down the economy, Harvard study says

The many problems with American democracy are a central reason the country has made so little progress in tackling major challenges during a decade of economic...

How to Disunite America
OPINION

WASHINGTON, DC - Being a vocal supporter of President Trump can come with plenty of criticism from friends and family, but being an African-American supporter...

Users across social media put aside their political differences for an evening to unite in dismay after watching a teenage girl awkwardly perform a "Make...