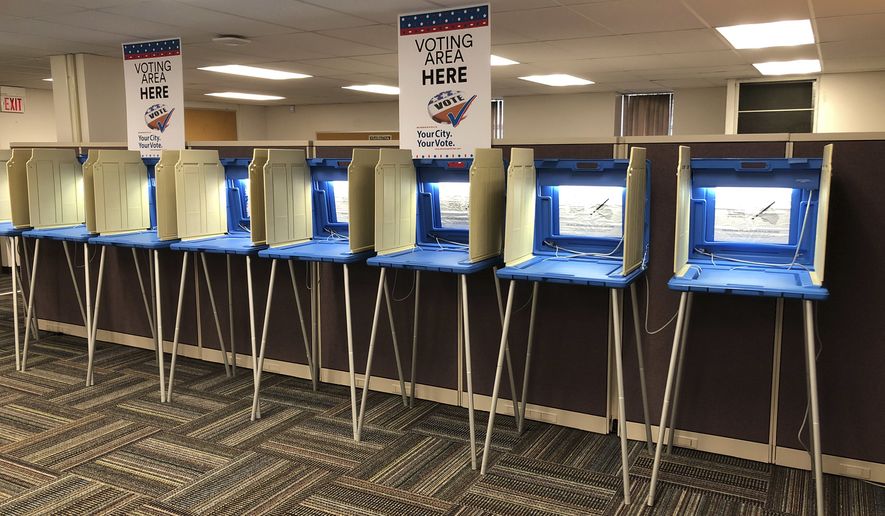 For the second straight election, an Indiana county’s voting machines were not properly registering the preferred candidate.

According to a report Tuesday in the Lafayette Journal & Courier, several Tippecanoe County machines were switching votes in Tuesday’s municipal elections.

Voter Robert Kurtz took a video of his touch screen’s failures as he tried to vote for three at-large seats on the West Lafayette City Council.

NEWS
Voter purges: are Republicans trying to rig the 2020 election?
The Guardian

Democrats Warn That American People May Tamper With Next Election
HUMOR

WASHINGTON, D.C.—In his opening statement at Trump's impeachment trial, Rep. Adam Schiff reminded the Senate of their solemn duty and the gravity of just what...

An uphill drive is being revived to make casting a ballot easier in Alabama, which has been at the center of the struggle for voting rights in the United...

Massachusetts debating the vote in local races for 16-year-olds

Legislators in Massachusetts are considering two measures Wednesday that would permit municipalities to lower the voting age in local elections. Enacting...

Weeks before the first votes of the 2020 presidential election, Americans report a high level of concern about how secure that election will be and worry about...

What's one good way to fix dysfunction in American democracy? A centrist think tank has come up with a very counterintuitive answer: Give the voters even...

“The alleged misconduct was discovered after the Oakland County Clerk’s Office noticed that 193 voter files had been changed to reflect that the voters failed...

Trump unloads on 'disloyal' Democratic House candidate at fiery rally ahead of pivotal...

High stakes were matched by some of President Trump's harshest campaign rhetoric yet at a rally in Fayetteville, N.C., on Monday night, with just hours to go...