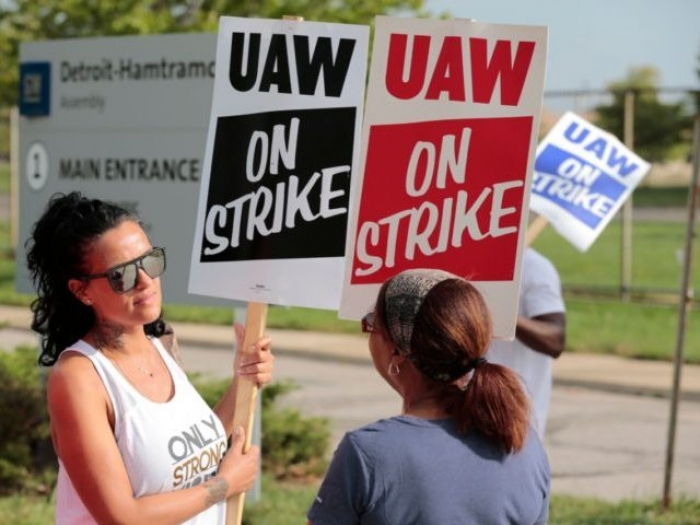 The U.S. economy added 128,000 jobs for the month and the unemployment rate rose to 3.6 percent, higher than the month before but still near a 50-year low.

Economists had expected the economy to add 75,000 jobs, with forecasts ranging between 55,000 and 155,000, according to Econoday. That unusually wide range was caused, in part, by differing views of how the General Motors strike would hit employment at suppliers and related businesses.

Unemployment was expected to tick up to 3.6 percent.

The Possibility of Life Without Money
ANALYSIS

Awhile back, I wrote an article on the decommodification of the toilet. In Europe, people often have to pay to use public toilets. I was surprised on a visit...

Hundreds of thousands of Americans -- 837,000 to be exact -- filed for unemployment insurance last week, the Department of Labor said Thursday. This marks...

No deal after Pelosi, Mnuchin meet on economic relief, but talks will continue

House Speaker Nancy Pelosi and Treasury Secretary Steven Mnuchin met Wednesday to discuss an economic-relief deal, and although they did not reach a final deal...

The First Female Recession Threatens to Wipe Out Decades of Progress for U.S. Women
ANALYSIS

Women helped pull the U.S. economy out of the last recession. This time around they are falling behind. The pandemic is disproportionately affecting women...

Up to 50,000 airline workers could lose their job tonight if Congress doesn't approve more aid

With just hours to go before mass layoffs decimate the airline industry slammed by coronavirus travel cutbacks, workers are pleading with Congress to pass a...

House Democrats postponed a vote Wednesday on a $2.2 trillion COVID-19 stimulus bill in the hopes a deal could be reached as negotiations drag on with the...

U.S. stocks pulled back Tuesday after two sessions of solid gains as investors looked ahead to the first debate between President Trump and former Vice...

House Democrats are making another push to provide a fresh round of federally-funded unemployment benefits to replace the $600-a-week benefit that expired in...