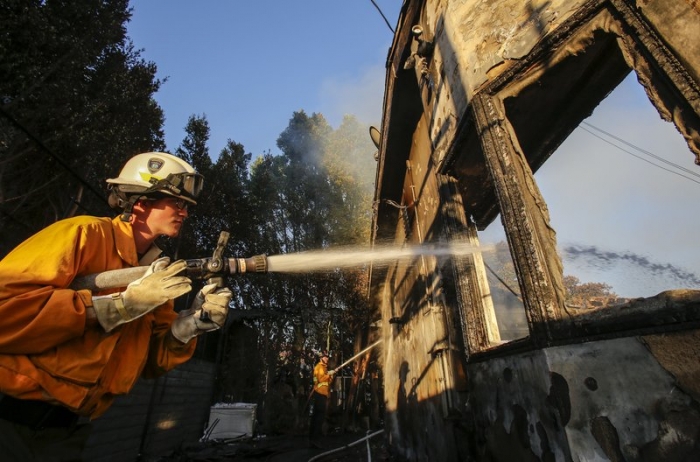 SANTA ROSA, Calif. (AP) — Frustration and anger mounted across Northern California as the state’s biggest utility began another round of fire-prevention blackouts Tuesday that could leave millions of people without electricity, some for five days or longer.

The shut-offs, aimed at keeping windblown electrical equipment from sparking wildfires, came as fire crews raced to contain two major blazes in Northern and Southern California before the winds picked up again. The fires have destroyed dozens of homes in Los Angeles and in Sonoma County wine country.

AllSides Media Bias Rating: Center
You disagree.
Thank you! Community votes alone don't determine our ratings, but are valuable feedback and can prompt us to do more research.
84611/71113

LANSING, MICH. — Jenna Hulse was at work out of town as a nurse when she got a message from her brother that a dam three blocks from her house in the Michigan...

The Ukrainian flight that crashed in Iran was 'highly likely' shot down by a missile,...

Ukraine International Airlines Flight 752 is believed to have been hit by fire from a Russian-built Tor M-1 (SA-15) surface-to-air missile system operated by...