'What is this Bart that is Breit?': Cory Booker mocks late conservative media king Andrew Breitbart 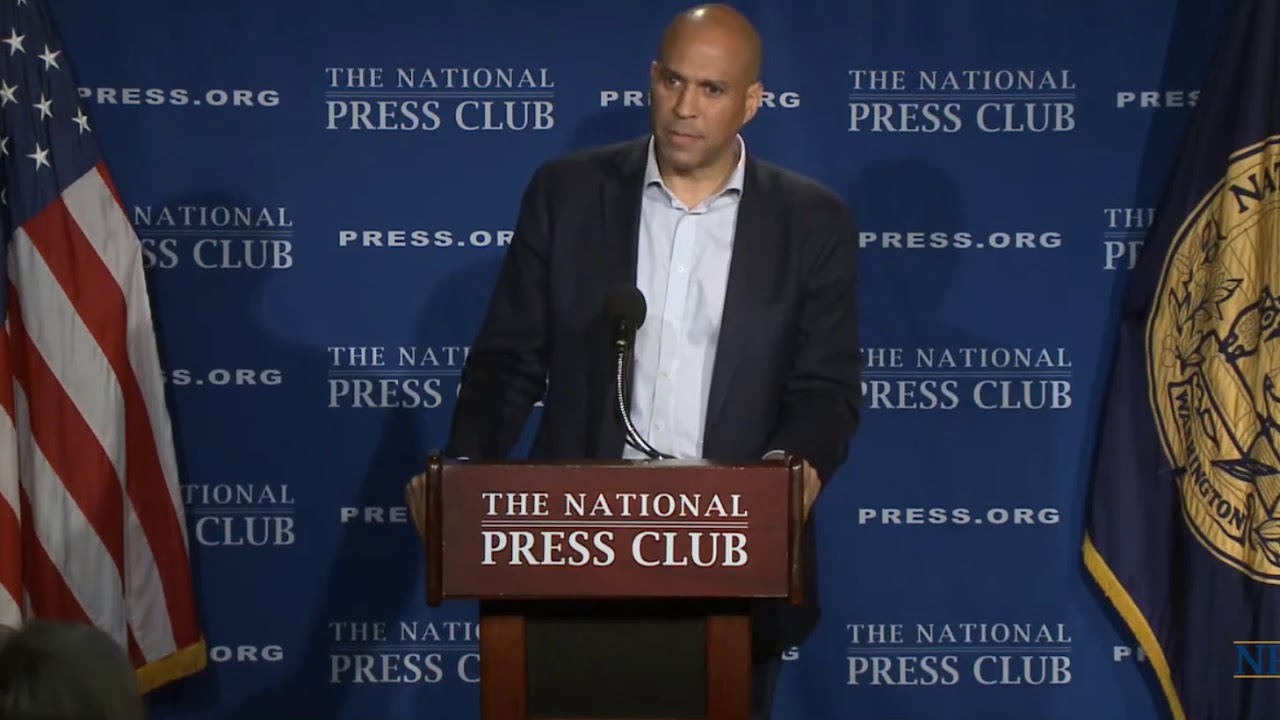 While answering questions during a National Press Club event in Washington, D.C., New Jersey Sen. Cory Booker questioned a reporter from Breitbart News about the origin of the publication's name.

"What is this Bart that is Breit? I don't think I've ever heard of it," Booker said sarcastically after a Breitbart reporter introduced herself. The reporter, Penny Starr, responded, "It's a name. It's named after a person, Andrew Breitbart."

"Who was Andrew?" Booker asked.

AllSides Media Bias Rating: Lean Right
You agree.
Thank you! Community votes alone don't determine our ratings, but are valuable feedback and can prompt us to do more research.
63638/53975

NEWS
The battle of the moderates
The Week - Opinion

The battle of the moderates
OPINION

On Friday night at St. Anselm College in Manchester, New Hampshire, seven rivals for the Democratic nomination for president clashed in the final debate before...

The eighth Democratic presidential debate of the 2020 campaign, hosted by ABC, WMUR (Channel 9), and Apple News, had seven candidates, lasted 2½ hours — and...

The Democratic National Committee is drastically revising its criteria to participate in primary debates after New Hampshire, doubling the polling threshold...

Now that the Democratic Party’s program of ever-more-stringent candidate requirements has winnowed the presidential debate field from two full stages worth of...

Hillary Clinton lambasted Bernie Sanders in a forthcoming documentary as a “career politician” who “nobody likes,” savaging her rival for the 2016 Democratic...

NASHUA, N.H. - Bernie Sanders may have established himself as the standard-bearer for the Democratic Party’s leftist wing with his strong showing in Iowa and...

Fearing a repeat of the disastrous Iowa caucuses, Nevada Democrats scrapped their plans to use similar apps to tabulate results. Instead, party officials will...

On Friday, seven candidates faced off in a Manchester, New Hampshire, debate hosted by ABC News. (Note: ABC News owns FiveThirtyEight.) This could be voters’...

7 Candidates Have Qualified For The New Hampshire Democratic Debate

As if we haven’t had enough drama this week with Iowa’s delayed vote count, there’s also a debate tomorrow in New Hampshire before the primary on Tuesday. It’s...

Pundits and political strategists have filled the airwaves with talk of “moderates” who will rescue Democrats from the ascendant Senator Bernie Sanders and his...

Alarming news? Reportedly, it was the millennials who put "Democratic" Socialist Bernie Sanders to a near dead-heat tie for first in Iowa. (I use scare...

At the New Hampshire Debate, Did Klobuchar Halt Buttigieg’s Momentum?

Pete Buttigieg’s strong finish in Iowa, where he came in less than two points behind Bernie Sanders on the final vote and roughly tied Sanders for state...

‘Looking Down At People’: Longtime Democratic Strategist Issues Warning To His Party