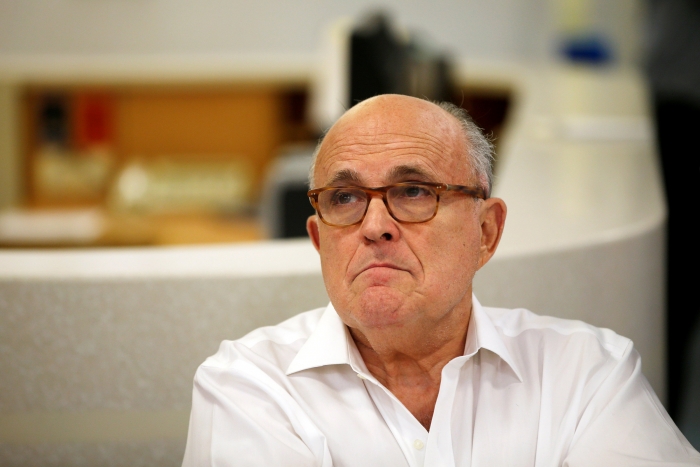 Late in the night Oct. 16, Rudy Giuliani made a phone call to this reporter.

The fact that Giuliani was reaching out wasn't remarkable. He and the reporter had spoken earlier that evening for a story about his ties to a fringe Iranian opposition group.

But this call, it would soon become clear, wasn't a typical case of a source following up with a reporter.

The call came in at 11:07 p.m. and went to voicemail; the reporter was asleep.

The next morning, a message exactly three minutes long was sitting in the reporter's voicemail. In the recording, the words tumbling out of Giuliani's mouth were not directed at the reporter. He was speaking to someone else, someone in the same room.