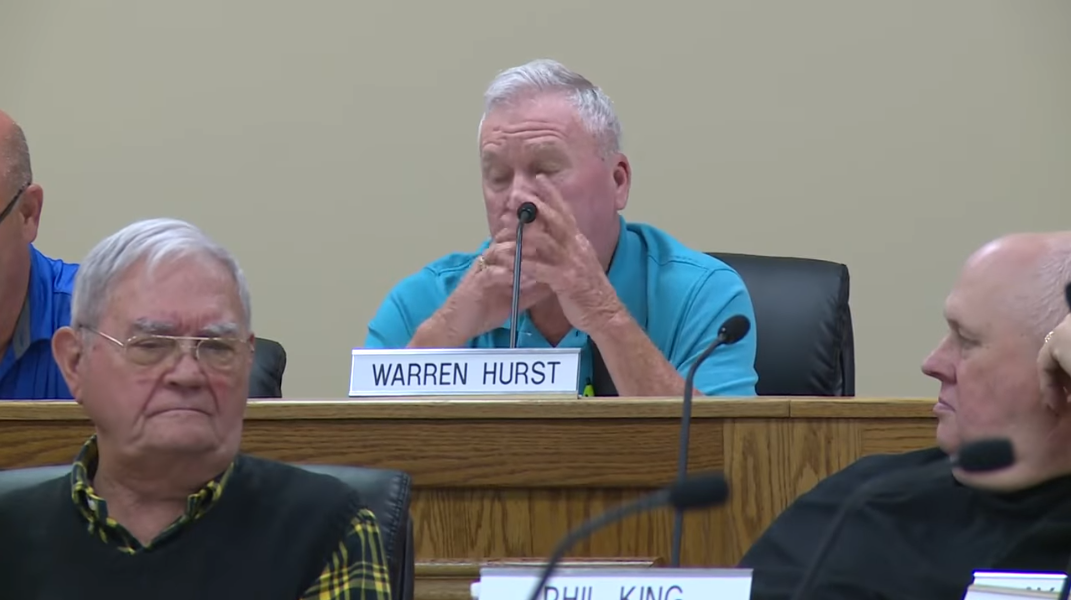 A county commissioner in Tennessee launched a tirade against the Democratic presidential field and the general state of white men in America on Monday during a debate about guns.

Warren Hurst, who sits on the Sevier County Commission, spoke up during a discussion on an upcoming vote to become a gun sanctuary city. He told the crowd, many of whom were holding little American flags, that it was time to “wake up people.”

NEWS
Why has the Tulsa Race Massacre been largely forgotten?
Yahoo! The 360

The Racist ICE Detention Center Captain Was Just Fired. We Found 132 More Posts by Him on a Neo-...

The captain of a privately-run ICE detention center in Nevada has been fired after VICE News exposed his ties to white nationalism earlier this month....

It’s time for black leaders to end our Stepin Fetchit approach to racial equity. Overemphasizing our failings has unified friend and foe in defining black...

Not agreeing with the concept of a hereditary monarchy in a country where it’s celebrated is an odd place to be. Stranger still is spending your time defending...

Memo by Secret Memo, the University of Texas Kept Segregation Alive Into the 1960s

Sixty-six years ago, Marion Ford, an ambitious Houston teenager who had been set to become one of the first African American undergraduates at the University...

The British press has succeeded in its apparent project of hounding Meghan Markle, the Duchess of Sussex, out of Britain. The part it perhaps didn’t bargain...

Why has the Tulsa Race Massacre been largely forgotten?

Family demands charges, firing after fatal police shooting of Atatiana Jefferson in her own home in...

The family of a 28-year-old black woman who was shot and killed by a white police officer in her Fort Worth home as she played video games with her nephew...

On Tuesday, Nessa Diab, a radio/TV personality and girlfriend to anthem-protesting former NFLer Colin Kaepernick, dropped a conspiracy theory about why her...

Elizabeth Warren Calls for a ‘Full-Blown National Conversation About Reparations’

Sen. Elizabeth Warren (D-MA) on Thursday delivered a speech at Clark Atlanta University, and declared that it is time to adopt Rep. Sheila Jackson Lee’s (D-TX...

Four students at Syracuse University have been suspended in connection with a string of racist and anti-Semitic incidents, school officials said. Chancellor...