Trump Should Want a Rapid Impeachment 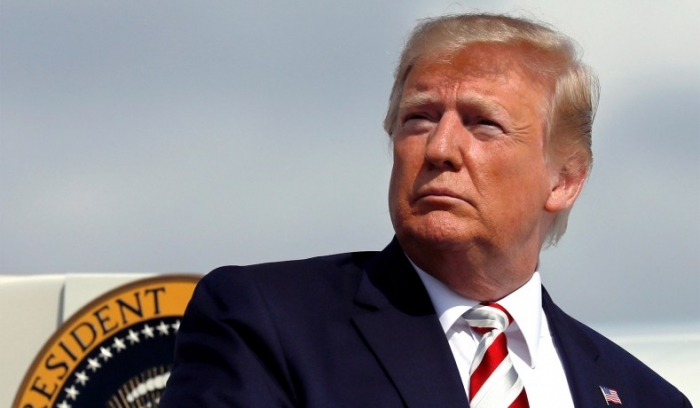 It might help him turn the page and win reelection.

The Ukraine story hasn’t been good for President Donald Trump, and there’s only one way out — to get impeached, and the sooner, the better.

Trump obviously hates the idea of being impeached. He thinks it’s unfair, and he’s raging against the process with every political and legal argument his team can muster and every insult and countercharge he can make on Twitter. But he doesn’t have any choice in the matter.

Impeachment is baked in the cake. There’s no...

The Trump administration on Tuesday said it is reimposing its "public charge" wealth test for green cards that had been blocked during the pandemic, a move...

Susan Collins says Trump can nominate a justice, but Senate vote should wait until after election

Republican Sen. Susan Collins on Saturday weighed in on the US Supreme Court vacancy, saying that she believes waiting until after the election is the right...

Lawmakers Reportedly Have A Bipartisan Deal—Without Any Coronavirus Relief—To Avoid A Government...

House lawmakers are preparing on Friday to introduce a bipartisan spending bill that would fund the federal government beyond the September 30 deadline, the...

President Trump and Vice President Mike Pence criticized the CEO of the U.S. Chamber of Commerce during a phone call Friday morning, venting their frustrations...

U.S. President Donald Trump plans to issue an executive order allowing him to impose U.S. sanctions on anyone who violates a conventional arms embargo against...

‘Come in.’ Burly, brisk and maskless, Mike Pompeo indicates a chair before the marble fireplace. ‘It’s all right if we’re six feet — or two meters — apart...