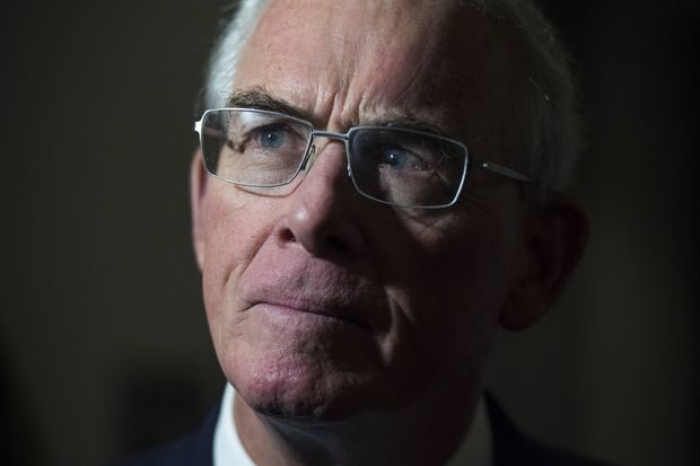 Florida Rep. Francis Rooney said he would retire at the end of his term, a day after he made comments critical of the Trump administration.

Mr. Rooney joins a lengthy list of House Republicans who are leaving Congress at the end of their terms or have resigned. His spokesman confirmed his resignation, which he also announced on Fox News.

An ex-Pence aide just dropped a devastating and emotional video revealing why she’ll vote against...

Olivia Troye, a former aide to Vice President Mike Pence, revealed Thursday that she will be voting against the administration and for former Vice President...

Nick Sandmann, an 18-year-old graduate of Covington Catholic High School and star of an infamous viral video from January 2019, is one of the marquee speakers...

Staying civil and unified in a divided world
OPINION

With our current political leaders, we live in a divided nation. It may be easier to be closed-minded on political and cultural views, but it will ultimately...

President Donald Trump gave his Republican National Convention acceptance speech Thursday night. But it wasn’t what he said that had the media world buzzing....

Jack Brewer: I'm Fed Up With The Way Media Portrays Trump, What He Has Done For Black Community
OPINION

Pelosi: 'I have every confidence' in Biden against Trump in debates

Speaker Nancy Pelosi (D-Calif.) said Thursday that she has confidence in Democratic presidential nominee Joe Biden holding his own against President Trump in...

Even as president, Donald Trump takes a familiar stance: The political outsider
ANALYSIS

After nearly four years in the world's most powerful post, Donald Trump will formally accept the Republican nomination for president at his convention Thursday...

The Ten Commandments of Capitalism
OPINION

Those of us who are committed to a better world for all know that capitalism (i.e., a system of free enterprise based on private property and rule of law) is...

As riots and Covid-related economic problems have afflicted America’s big cities, many on the right have been quick to blame progressive mayors for decades of...