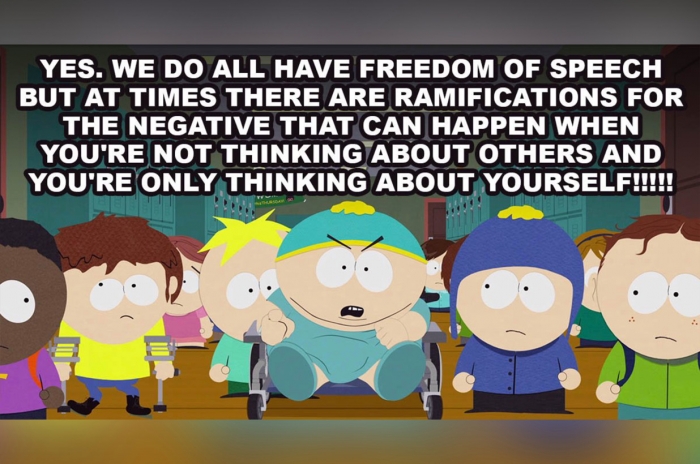 “South Park” threw some elbows at LeBron James for his controversial comments about Hong Kong’s pro-democracy movement — by putting his words in the mouth of its most obnoxious character.

Wednesday night’s episode of the satirical animated series, titled “Let Them Eat Goo,” takes aim at imitation meat and features fourth-grader Eric Cartman erupting in fury when another student at South Park Elementary says that those who favor plant-based foods have the right to say so.