6 Takeaways From the October Democratic Debate 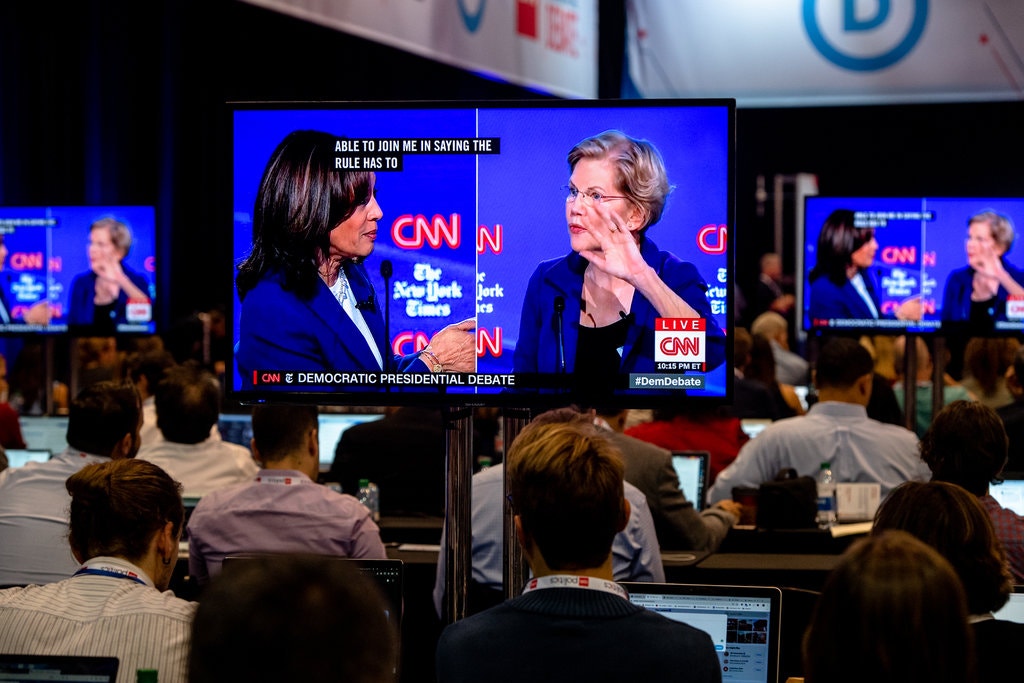 Elizabeth Warren was called out by rivals for a change, Joe Biden failed to stand out and Bernie Sanders calmed concerns about his health. Pete Buttigieg had his biggest night yet.

Here are six takeaways from the debate:

Go ad-free!   About these ads
More news about Elections
https://www.nytimes.com/2019/10/16/us/politics/democratic-debate.html