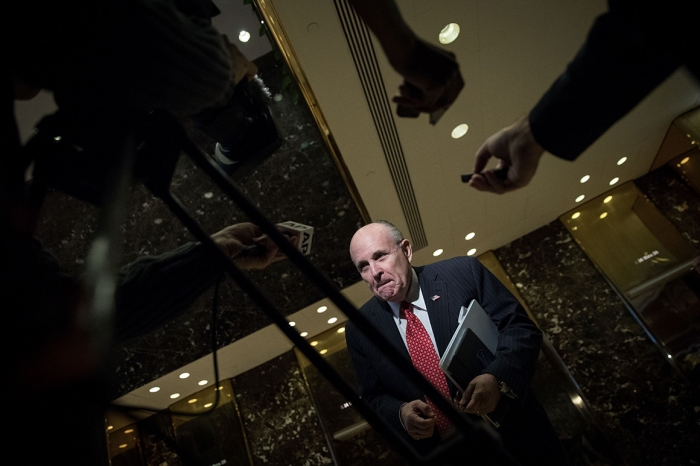 For weeks, prominent Republican advisers have been privately imploring President Donald Trump to sideline Rudy Giuliani after a barrage of inconsistent, combative and occasionally cringe-inducing media interviews, according to three people familiar with the conversations.

And that was before the arrest of two foreign-born businessmen who reportedly helped Giuliani try to discredit former Vice President Joe Biden, the leading Democrat to take on Trump in next year’s election. Several reports have indicated Giuliani himself may be caught up in the probe.

Amid a global pandemic that has killed 150,000 Americans and is slowing like a train that just started to choo choo over a cliff, 100 days from an election...

In the middle of a devastating pandemic and a searing economic crisis, the White House has an urgent question for its colleagues across the administration: Are...

On Saturday, President Donald Trump signed three memoranda and one executive order aimed at responding to the coronavirus pandemic: an additional $400 per week...

Trump says adding his face to Mount Rushmore would be a 'good idea.' It would likely be...

President Donald Trump tweeted Monday that he thought it would be a "good idea," to have his face ono Mount Rushmore but making any additions to the landmark...

White House Explores Trump Acting on His Own on Virus Relief

The White House is exploring whether President Donald Trump can act on his own to extend enhanced unemployment benefits and eviction protection if lawmakers...

We are used to thinking about the U.S. presidency as a position of moral leadership — a “bully pulpit,” in Theodore Roosevelt’s words. And many occupants of...

Should there be more limits on presidential pardon power?

What’s happening: President Trump has issued a number of controversial pardons during his time in office, but none sparked the level of criticism as his...