Trump: Impeach Schiff, Not Me 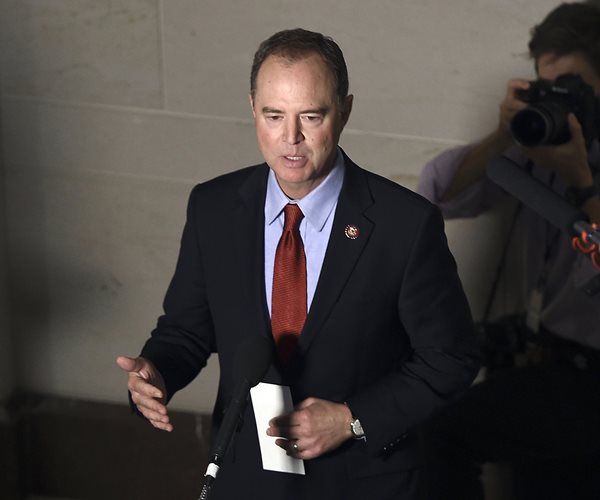 President Donald Trump continued his assault against the Democrat-led impeachment inquiry against him Wednesday as he called for the impeachment of Rep. Adam Schiff, D-Calif.

In a series of tweets, Trump bashed both Schiff and the whistleblower whose concerns about Trump using his office for political purposes kicked off the impeachment effort.

"He should be Impeached for Fraud!" Trump wrote in response to a Republican lawmaker's tweet about Schiff, who is chairman of the House Intelligence Committee and a leader of the Democrats' impeachment effort.

Prior to that, Trump took...