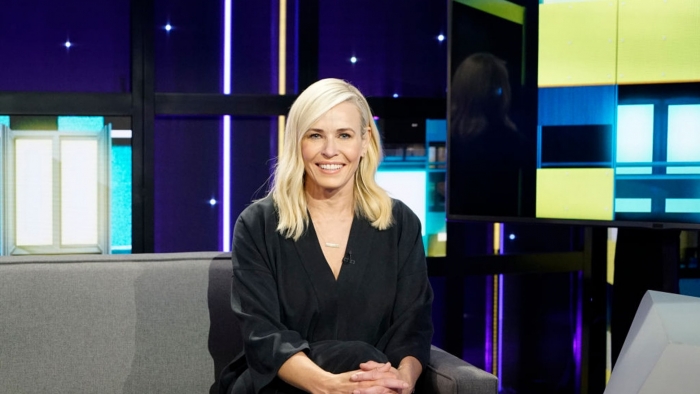 Comedian-turned-political activist Chelsea Handler will headline a Black Lives Matter fundraiser later this month in Los Angeles, where donors and attendees will screen her new Netflix documentary, “Hello, Privilege. It’s Me, Chelsea,” according to event organizers.

The streaming service summarizes the 64-minute film as Handler exploring “how white privilege impacts American culture – and the ways it’s benefited her own life and career.”

NEWS
Should racism be treated as a public health crisis?
Yahoo! The 360

Grace, Black Teen Jailed for Not Doing Her Online Coursework, Is Released

A Michigan teenager who has been detained since mid-May after not doing her online schoolwork was set free on Friday, after the Michigan Court of Appeals...

A Florida man has been charged with illegally detaining a Black teenager who was simply on his way to basketball practice in a case that prosecutors are...

The Fed Plays a Huge Role in Perpetuating Racial Disparities. Joe Biden Wants to Fix That.

The Federal Reserve has a huge role to play in racial equality, but it has long perpetuated the income and wealth gaps between Black and white Americans. Joe...

Almost 25 years since passing Prop 209, Californians are again thinking of reversing it. As the University of California (UC) system gave preliminary findings...

Just hours after an order from Chicago mayor Lori Lightfoot ordered its removal, the controversial statue of Christopher Columbus in the city’s Grant Park was...

Should racism be treated as a public health crisis?

Across the country, more than 80 city and county governments have declared racism a public health emergency. The overwhelming majority have come in the past...

Reparations is a nonstarter in Congress. Not in this Southern city.

For all the funky exterior of a progressive mountain redoubt, this city has until now often looked the other way when it comes to racial inequity. Two...

'If not now, when?': Black women seize political spotlight

MARIETTA, Ga. (AP) — The little girl ran up to her, wide-eyed and giddy. “Are you Charisse Davis?” the fourth grader asked. Davis was stunned. A former...

Will The Reckoning Over Racist Names Include These Prisons?

Not long after an Alabama lawyer named John Darrington began buying up land in Southeast Texas, he sent enslaved people to work the soil. They harvested cotton...

Where does the Black Lives Matter movement go from here?

This Saturday marks two months since the police killing of George Floyd in Minneapolis, which sparked a nationwide movement toward racial justice. In some...

Statues Falling: The Cultural Revolution and How to Win the Counterrevolution
OPINION

A cultural revolution is intensifying. The stakes are high. In the balance is the very nature of right and wrong; what is normal, moral, and socially...

Czesław Miłosz, a future Nobel Prize-winning poet who had just defected from Poland, began work in 1951 on a book called “The Captive Mind.” Even as Stalinist...

After many people on Twitter vilified Tom Cotton for reportedly calling slavery a “necessary evil” in a recent interview, the Republican senator clarified his...

“You can vote with your feet in this country. If a state is mismanaged, you can move elsewhere,” Ronald Reagan said during his 1976 presidential run. His...