Congress pressures Trump to back down on Syria 'betrayal' 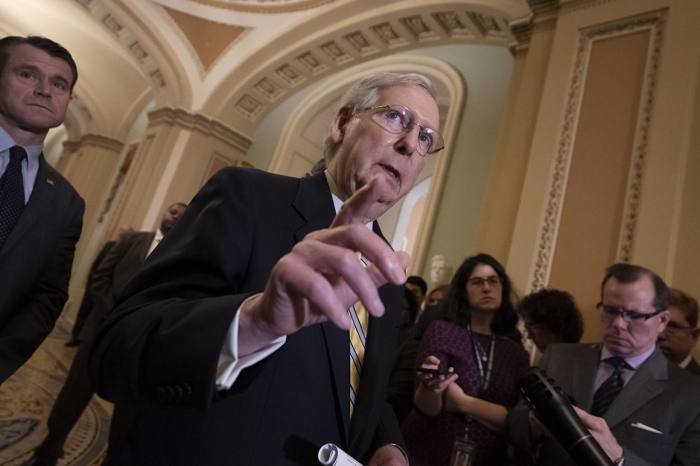 President Donald Trump changed the conversation from impeachment — at least for a day — with his move to abruptly withdraw U.S. forces from Syria. But he also opened up a new front with Congress that may prove unsustainable.

From steadfast GOP allies to liberal Democrats backing an impeachment inquiry, the blowback to Trump is coming from all angles, suggesting a real bipartisan pressure campaign that could force the president to reverse himself.

Go ad-free! Support AllSides.
About these ads
More news about US Congress
https://www.politico.com/news/2019/10/07/syria-congress-challenge-trump-038149