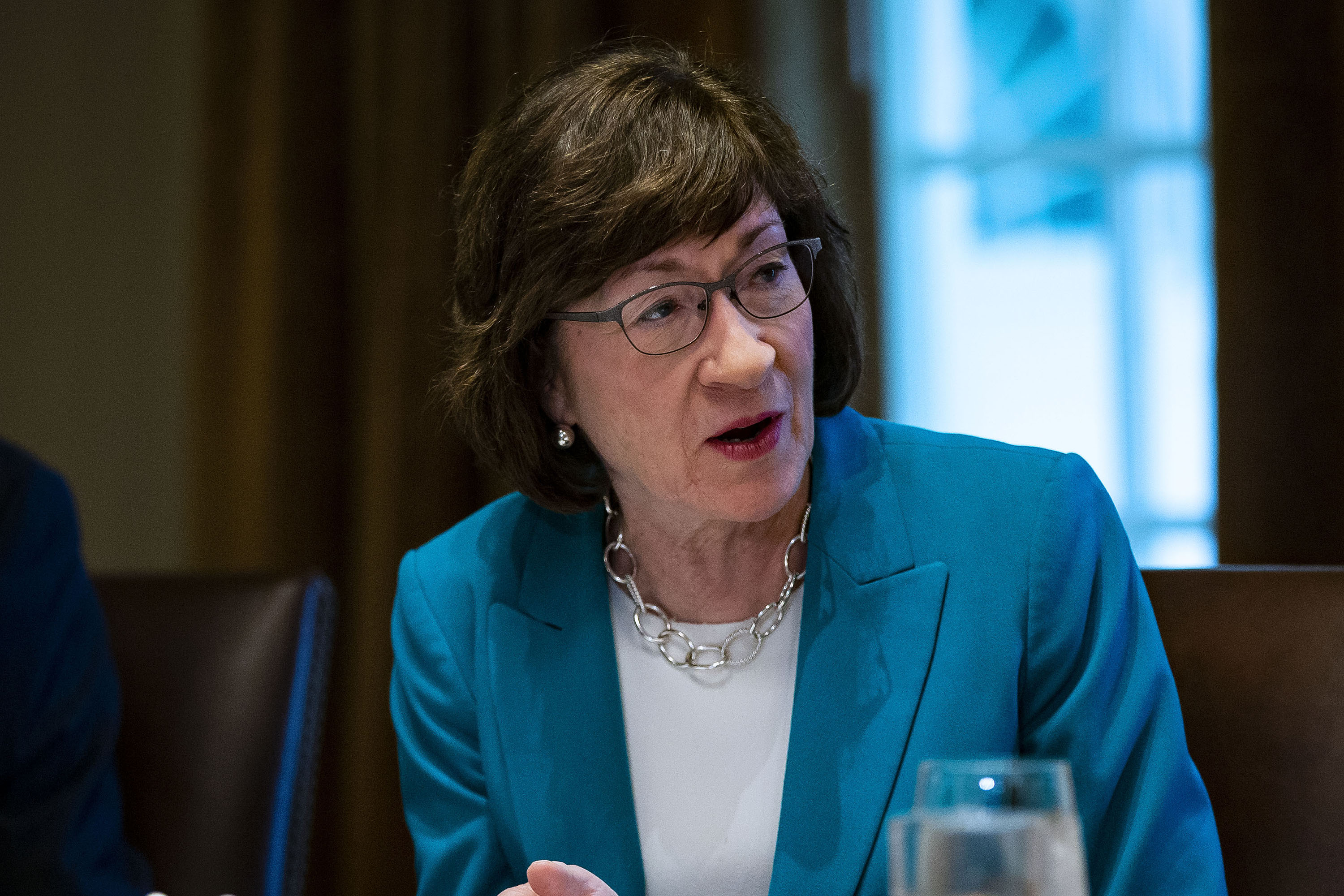 “I thought the president made a big mistake by asking China to get involved in investigating a political opponent,” Collins said Saturday, according to the Bangor Daily News. “It’s completely inappropriate.”

House Democrats have launched an impeachment inquiry against Trump over him pressuring the Ukranian president to probe the former...

Former US Rep. Joe Walsh is ending his uphill challenge against Donald Trump for the 2020 Republican presidential nomination, after suffering a crushing loss...

When President Donald Trump bestowed the Presidential Medal of Freedom on ailing right-wing, talk radio icon Rush Limbaugh at the State of the Union, it wasn’t...

Republican Party official in Indiana says he has quit the GOP because the impeachment process showed the party he supported for decades has become "cultish" in...

Romney not welcome at CPAC after impeachment witness vote

Sen. Mitt Romney will not be invited to this year's CPAC, the conservative conference's host chair announced Friday in the aftermath of senators voting not to...

House Speaker Mike Turzai (R., Allegheny), one of Pennsylvania’s most powerful conservative leaders, said Thursday morning that he will not seek reelection and...

The greatest rebukes of Donald Trump’s presidency from the Republican side of the aisle have come from the two previous standard-bearers for the GOP. When...

GOP Sens. Mike Lee (Utah) and Rand Paul (Ky.) ripped the administration over a closed-door briefing on Iran on Wednesday, announcing they will now support a...

Trump Completed His Takeover Of The GOP In 2019

Donald Trump won the GOP nomination and then the presidency even as many prominent officials within the party opposed him. He spent much of his first two years...

A fringe group of far-right activists have been disrupting conservative and pro-Trump events in recent weeks, drawing rebukes from mainstream Republicans who...

‘I would rather have a socialist in the White House than Donald Trump,’ says Republican Joe Walsh

One of President Trump’s few Republican challengers in the 2020 presidential race has dropped out — but not without a few parting shots. Former Rep. Joe...

Here’s what moderate Republican senators are saying about calling witnesses at Trump’s impeachment...

Republican Senators Susan Collins of Maine, Mitt Romney of Utah, Lisa Murkowski of Alaska and Lamar Alexander of Tennessee are getting attention as an...

Sen. McSally not sorry for insulting CNN reporter: 'I'm a fighter pilot. I called it like...

Sen. Martha McSally said Thursday night she has no regrets calling CNN reporter Manu Raju a “liberal hack” after the now-viral exchange was criticized in the...

Tucker Carlson: ‘Washington Has Wanted War with Iran for Decades — They May Have Finally Gotten It’

Don Jr. and Ivanka Trump among Republicans' top 2024 choices along with Pence and Haley

Voting has not even started in the 2020 election, but Republicans already have some ideas about who they would like to be their party's nominee in 2024....