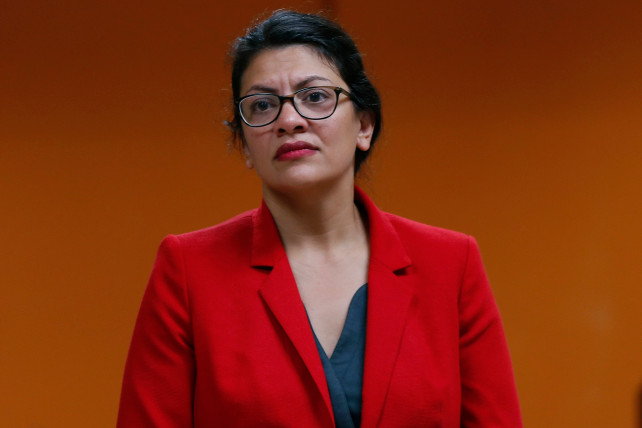 After Monday’s meeting, Tlaib was asked by a Detroit News reporter if by her remarks she meant that white people aren’t fit to analyze facial recognition software data.

The next day in a prepared response, Tlaib spokesperson Denzel McCampbell provided the newspaper with a link to the study in question.

Go ad-free!   About these ads
More news about Race and Racism
https://nypost.com/2019/10/03/rashida-tlaib-tells-police-chief-to-only-use-black-facial-recognition-analysts/

Here’s why black Americans were mad at Biden’s comment — even if they’d say the same thing...
ANALYSIS

Jimmy Fallon apologized after a resurfaced video of him wearing blackface sparked outrage on social media — although it wasn’t the first time the video had...

Two men charged with murder in death of Ahmaud Arbery

Gregory and Travis McMichael were arrested on charges of murder and aggravated assault on Thursday for the February 23 death of Ahmaud Arbery in Georgia, which...

We black people are so convenient and useful to America's leftists. Whenever there's a bit of silencing to be done, just accuse a detractor or critic of racism...

Asian American CBS reporter rips Trump tweet urging the public not to blame Asians for the...

CBS News White House Correspondent Weijia Jiang took issue with President Trump when he called on the public to protect the Asian American community and not...