Call for justice in the US one year after Khashoggi's murder 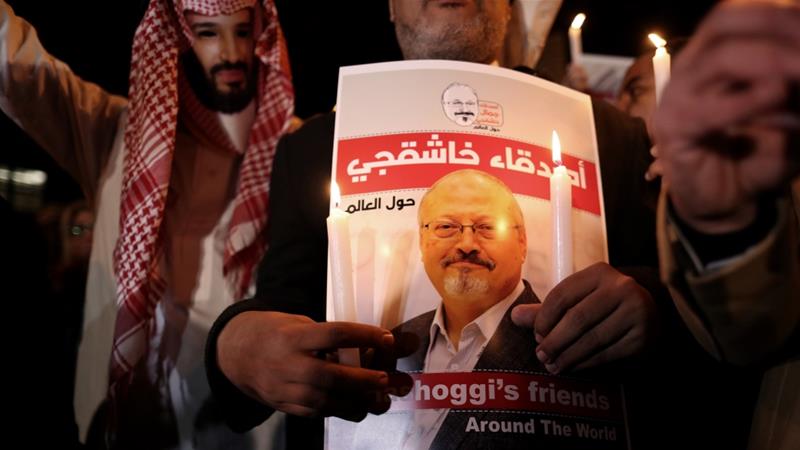 United Nations, New York - The fiancee of murdered Saudi journalist Jamal Khashoggi and the United Nations official who investigated his killing made an impassioned plea for justice on Thursday, days before the first anniversary of his death.

Hatice Cengiz, who was preparing to marry Khashoggi when he was killed in Saudi Arabia's consulate in Istanbul on October 2 last year, complained that "no concrete action" had been taken since the incident to identify and prosecute his killers.

HEADLINE ROUNDUP
While Covering Unrest, Some Journalists are Harassed or Handcuffed

PERSPECTIVES BLOG
Story of the Week: Twitter and Trump Clash After Company Adds Warning Tag to His Tweets

NEWS
Amid COVID-19, the prognosis for press freedom is dim. Here are 10 symptoms to track
Committee to Protect Journalists

The pillar of internet free speech is Trump’s latest target. You may have never heard of it, but Section 230 of the Communications Decency Act is the legal...

Twitter hid a tweet from President Trump early Friday that the social media site said broke its rules on “glorifying violence,” then concealed the same tweet...

Donald Trump has threatened to “strongly regulate” or close down social media platforms that do not meet his standards for ideological balance, a day after...

Twitter has provoked outrage. But Trump is the bigger problem.
OPINION

TWITTER HAS provoked outrage for its refusal to remove disgraceful tweets from President Trump that further a baseless conspiracy theory about the death of a...

Twitter has added a warning to one of President Donald Trump’s tweets about protests in Minneapolis, saying it violated the platform’s rules about “glorifying...

“Twitter Inc said on Tuesday it would take no action at this time on tweets from U.S. President Donald Trump about the 2001 death of a former congressional...

As we all were last night, President Trump was watching Minneapolis descend into total anarchy. Our own Julio Rosas is there documenting the insanity. The...

Twitter censored a tweet from President Donald Trump on Thursday night where the president expressed anger at rioters in Minneapolis who were “dishonoring the...

Where would President Trump be if his critics didn’t so often help him? The latest case is Twitter’s attempt Tuesday for the first time to fact-check Mr. Trump...