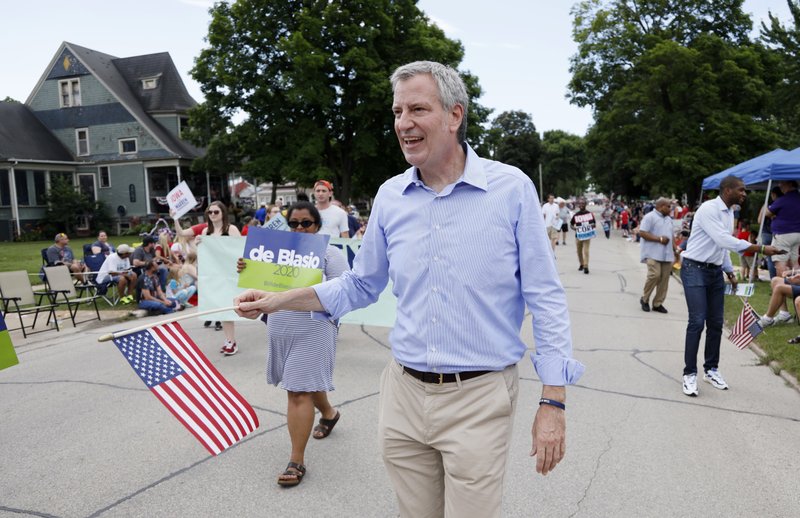 Announcing his decision in an MSNBC interview, de Blasio did not throw his support behind any candidate but said he would support the eventual Democratic nominee “with energy.”