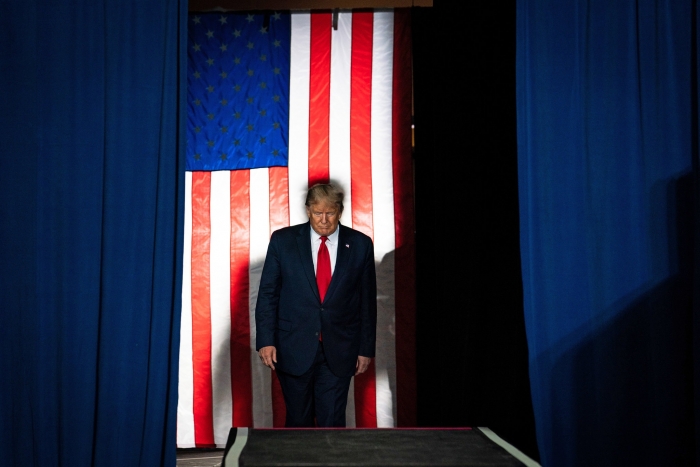 The president combines the rhetorical impulses of Bob Dornan with the strategic instincts of Dennis Kucinich.

Thomas Jefferson warned against entangling alliances. John F. Kennedy was ready to pay any price and bear any burden. Teddy Roosevelt advised us to speak softly and carry a big stick.

And then there’s Donald Trump. Locked, half-cocked, and probably bluffing.

That’s the lesson Iran’s leaders appear to have drawn following a carefully calibrated sequence of escalatory attacks against the U.S. and its allies in recent months.

In May, there were four unclaimed attacks...

NEWS
Liberalism is facing a crisis and it's a cop-out to blame China and Russia, analyst claims
The Guardian