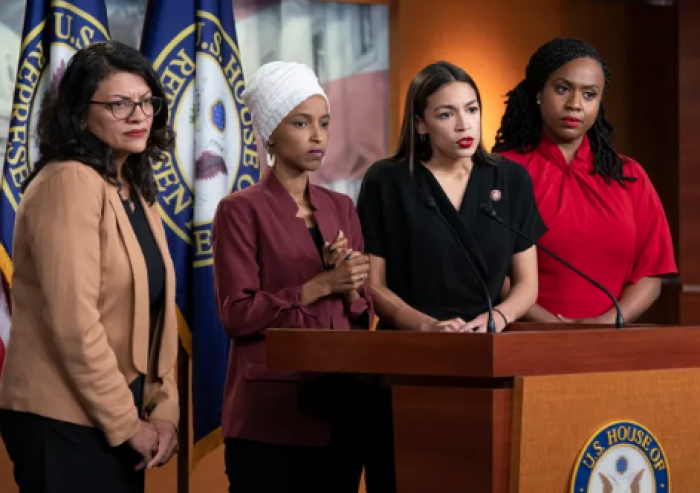 “I believe Christine Blasey Ford. I believe Deborah Ramirez. It is our responsibility to collectively affirm the dignity and humanity of survivors,” she said in a statement to Boston public radio station WBUR.

Pressley was referring to the two women who had accused Kavanaugh of sexual misconduct during his contentious nomination process last October.

“Sexual predators do not deserve a seat on the nation’s highest court...

Go ad-free! Support AllSides.
About these ads
More news about US House
https://www.usatoday.com/story/news/politics/2019/09/17/ayanna-pressley-bring-impeachment-articles-against-kavanaugh/2349623001/

House Speaker Nancy Pelosi, D-Calif., and 174 other Democrats in the chamber signed a letter sent Wednesday to the new Postmaster General demanding the agency...

The U.S. Postal Service is well prepared and has ample capacity to deliver America’s election mail for the upcoming general election in November. On any...