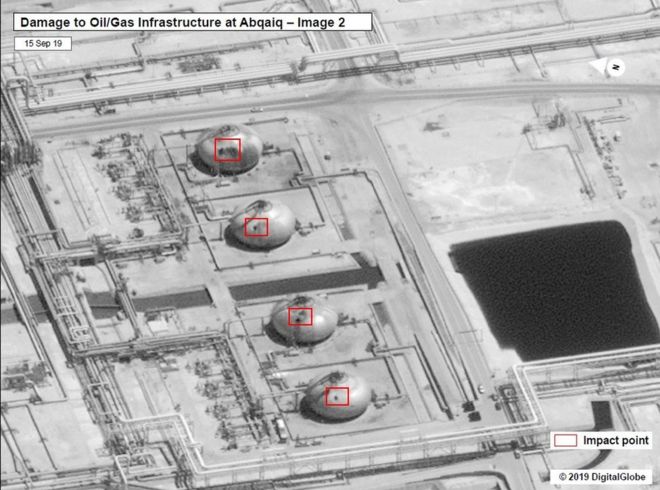 Iran denies involvement in Saturday's air attacks, which were claimed by Iran-aligned Houthi rebels in Yemen.

But unnamed US officials speaking to US and international media say the direction and extent of the attacks cast doubt on Houthi involvement.

The incident has cut global oil supplies by 5% and prices have soared.