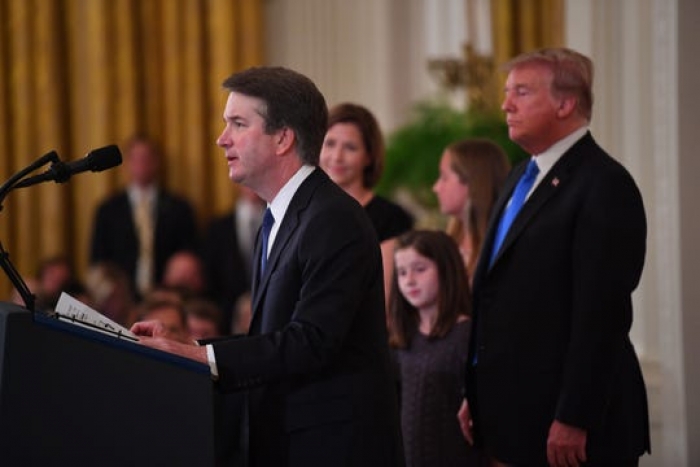 President Donald Trump again defended Supreme Court Justice Brett Kavanaugh on Monday, assailing a news report over the weekend that has prompted calls for a renewed investigation and even impeachment of the jurist.

"The one who is actually being assaulted is Justice Kavanaugh," Trump tweeted. "Assaulted by lies and Fake News! This is all about the LameStream Media working with their partner, the Dems."

Read full story
Some content from this outlet may be limited or behind a paywall.
Media Watch, New York Times, Brett Kavanaugh, Media Industry