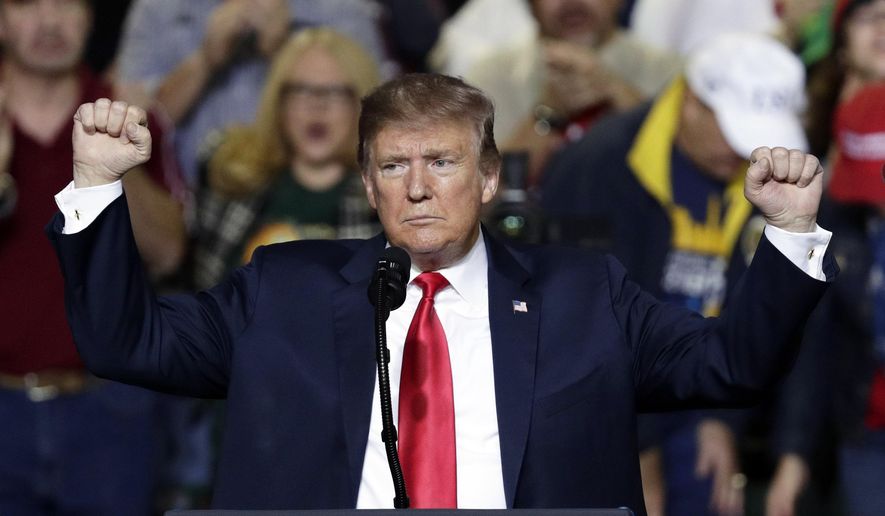 New Mexico called ripe target because president has a "good story to tell" about job creation there.

The Trump 2020 campaign noticed something interesting while crunching data from its February rally in El Paso: A significant percentage of the crowd crossed into Texas from Las Cruces, New Mexico, including plenty of women and Hispanics, who will be pivotal to the president’s reelection prospects.

“That piqued our interest in New Mexico,” said Tim Murtaugh, the Trump campaign’s director of communications.

Mr. Trump will rally with supporters outside Albuquerque, the state’s largest...

Go ad-free!   About these ads
More news about Elections
https://www.washingtontimes.com/news/2019/sep/15/trump-2020-reelection-campaign-flip-new-mexico-oth/