Fort Worth asks, Can a klan hall become a place of healing? 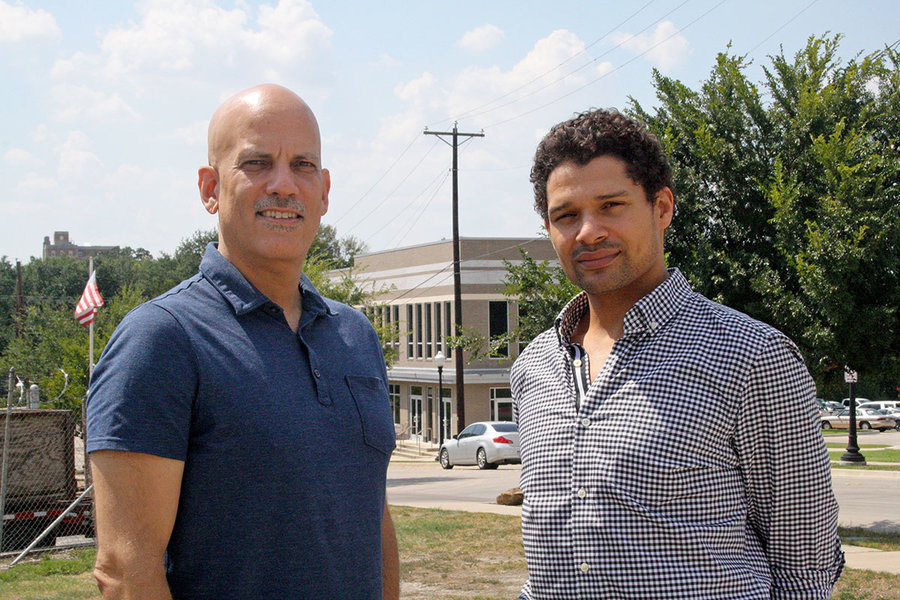 Two weeks before Christmas, in 1921, Fred Rouse was lying in a hospital bed, recovering from being beaten and stabbed by striking meatpacking workers.

Rouse was one of the black workers and immigrants hired to break the strike. He was leaving his shift when he was surrounded and threatened by striking workers, according to Fort Worth Star Telegram reports. Afraid for his life, Rouse shot and wounded two men before the crowd chased him down and beat him so badly police initially thought he was dead.

How a Liberal and a Conservative Make Their Friendship Work
ANALYSIS

“I think it’s important that you remember who your friend is, that they are not just a set of political policies.” This week she talks with two friends who...

We live in a time of bitter divisions. Today, even the wearing of masks has become a partisan question. Yet, as this Memorial Day weekend reminds us, this...

Rate Bias
Bridging Divides
Lawmakers close in on next round of coronavirus stimulus, but testing remains key sticking point

Congressional lawmakers and the Trump administration are on the verge of striking a deal on a nearly $500 billion package to extend funding for an emergency...

Bill would add funding for hospitals and testing and about $300 billion to restart small-business loan program. The Trump administration and congressional...

Minnesotans in their thousands donate food, supplies to riot-hit families

After one of the most heartbreaking weeks in its history, the people of the Twin Cities and Greater Minnesota came to the aid of their neighbors at the many...

Bring Me The News

U.S. Democrats and Republicans were near agreement on Monday for extra money to help small businesses hurt by the coronavirus pandemic, a top Republican...

In scramble for supplies, states start banding together

During disasters, the federal government backs up the states. But when the crisis is nationwide, a lack of coordination can lead to mayhem. Some are pushing...

As they confront a pandemic, governors are seeing their popularity soar. Kentucky’s Andy Beshear is winning plaudits for a calm, pragmatic approach that some...

As the COVID-19 outbreak continues to upend American life, social lives are vanishing. Coffee shop dates have been traded for quarantines, face-to-face...

The Problem Today Is Not Tribalism But Its Absence
OPINION

The dirtiest word in US politics these days is tribalism. For pundits and policymakers, tribalism is blind group loyalty that is tearing our country apart....

This is a solemn and challenging time in the life of our nation and world. A remorseless, invisible enemy threatens the elderly and vulnerable among us – and...

After spending weeks diving into coronavirus issues over video conferencing, a bipartisan group of 50 House members has crafted a plan for what's needed to...

As Bipartisan Support for Nuclear Energy Grows in Congress, Progressives Should Reconsider Their...
OPINION

Efforts to combat climate change must start with the most reliable source of carbon-free energy we have. Any serious conversation about the future of...

Family-Forward Conservatism Could Be the Future
OPINION

The Bennet-Romney child benefit offers a path forward for reformers seeking to respond to today’s policy crises. A strange thing happened this week amid...